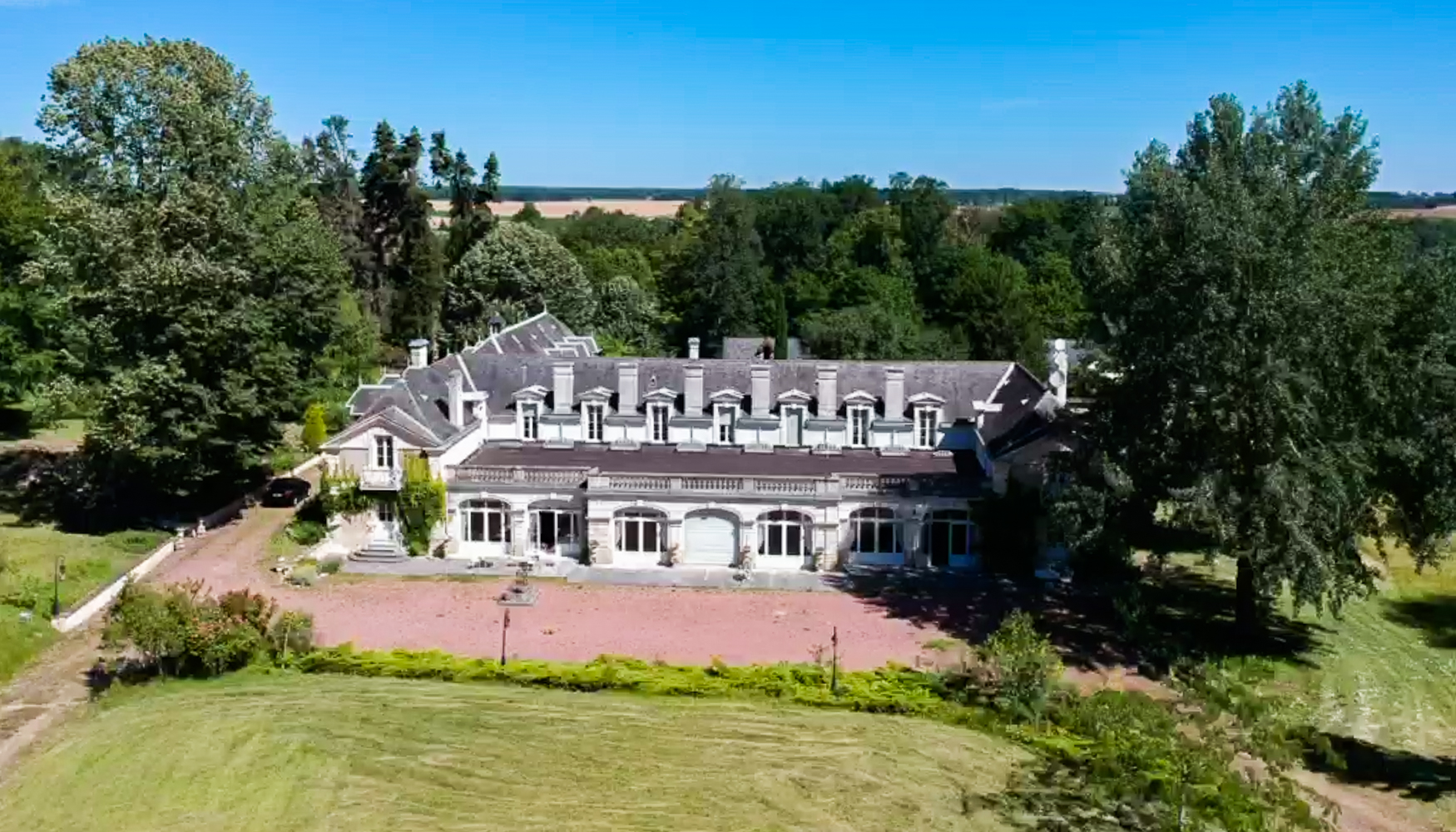 At the heart of the Loire Valley, 30 minutes from Tours, is the impressive estate of Château de Montgoger.  On 17 acres, beside a vast forest, stand two significant structures.  It is the contrast of these two structures that tells the colourful story of Montgoger. It is a history that stretches back 850 years. One is the ruin of the chateau, made thus after a devastating fire in 1943 which rendered the historic chateau unliveable. This was the second time a fire had taken the chateau as the ancient castle had burned down in 1885!  The 18th century orangerie is an elegant conversion that accommodates 30 and hosts receptions up to 100 people. Holidays in the chateau can be as slow or active as you choose. Cycling, hiking, walking, exploring historic castles and wine tasting are all possible in this rich region. 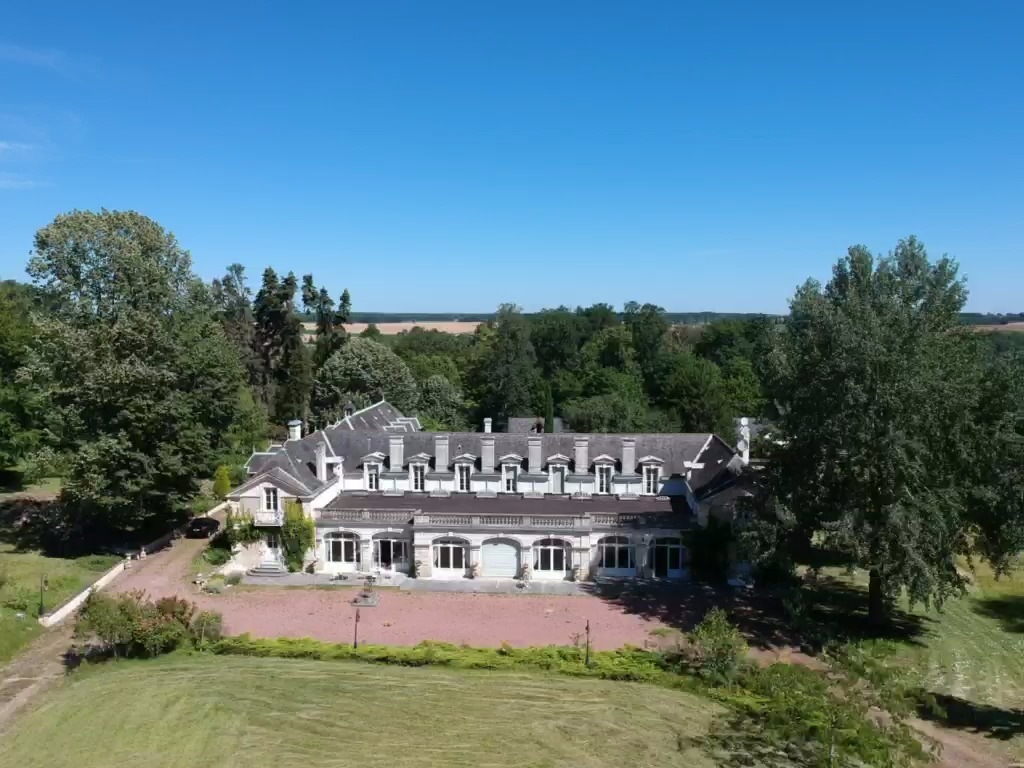 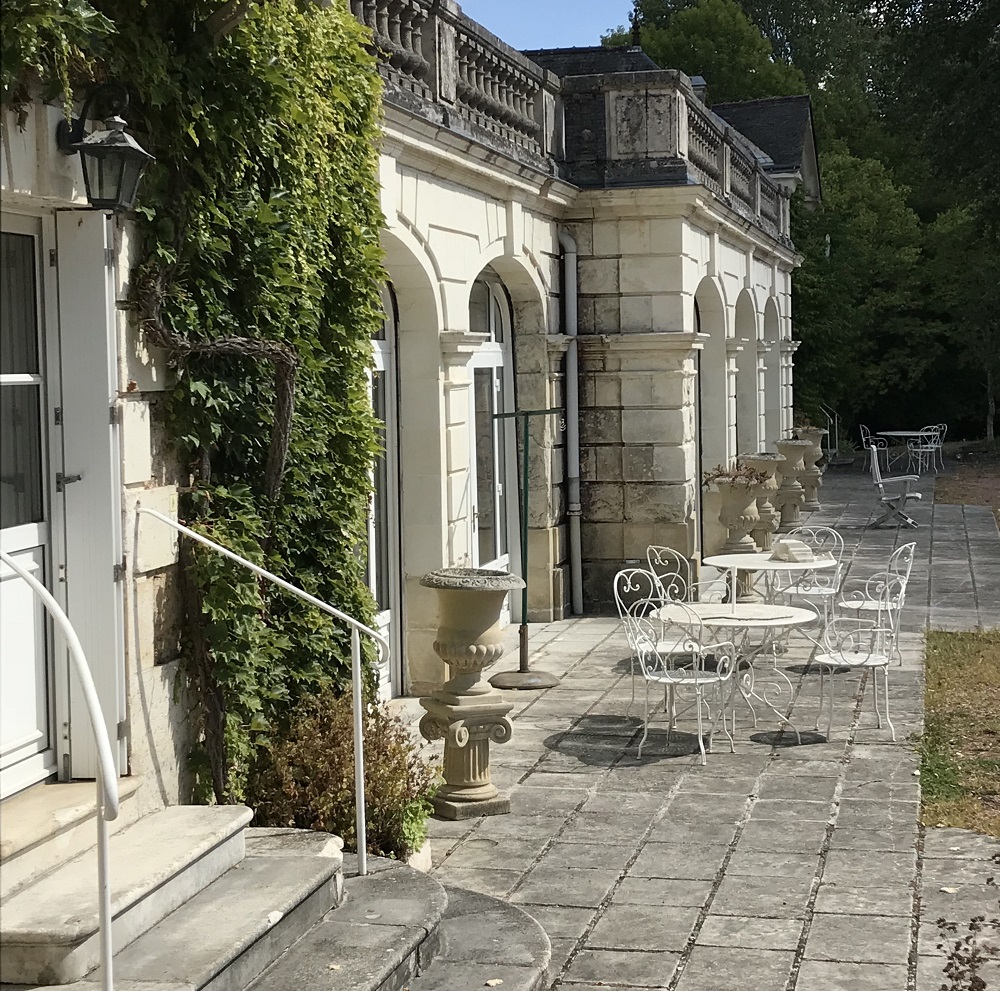 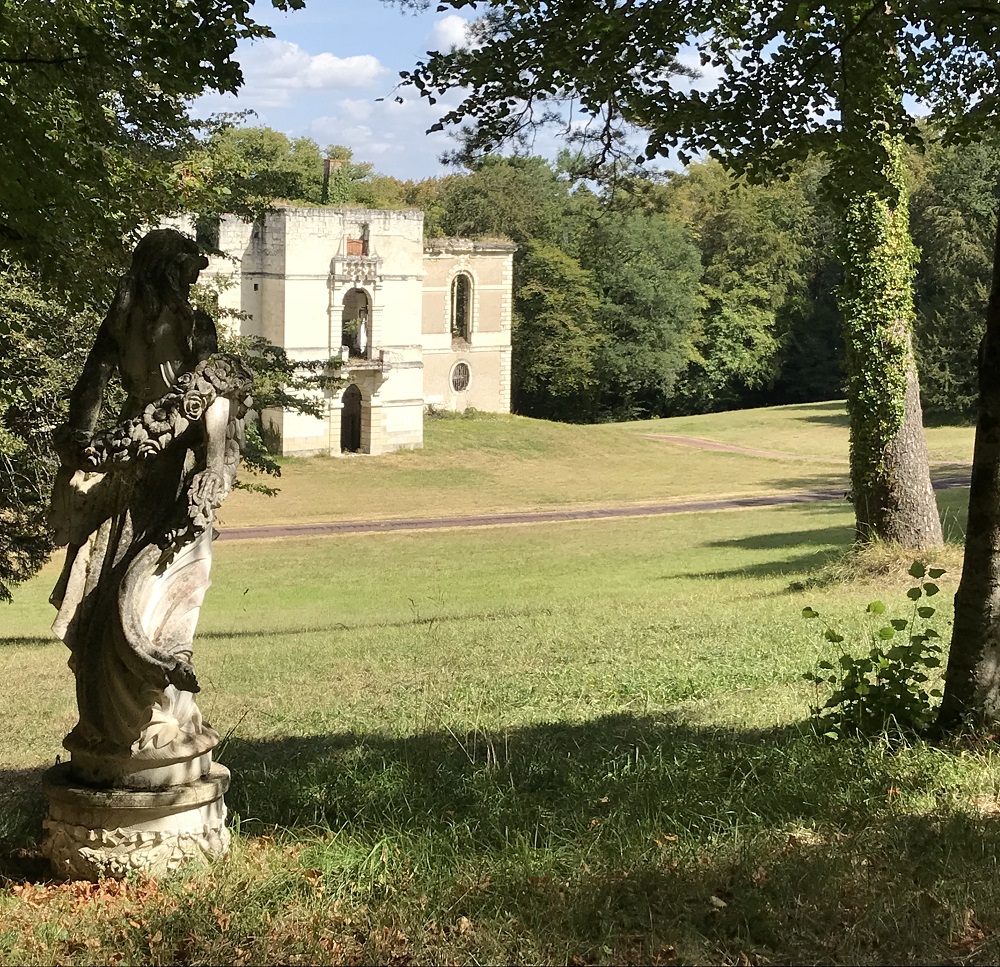 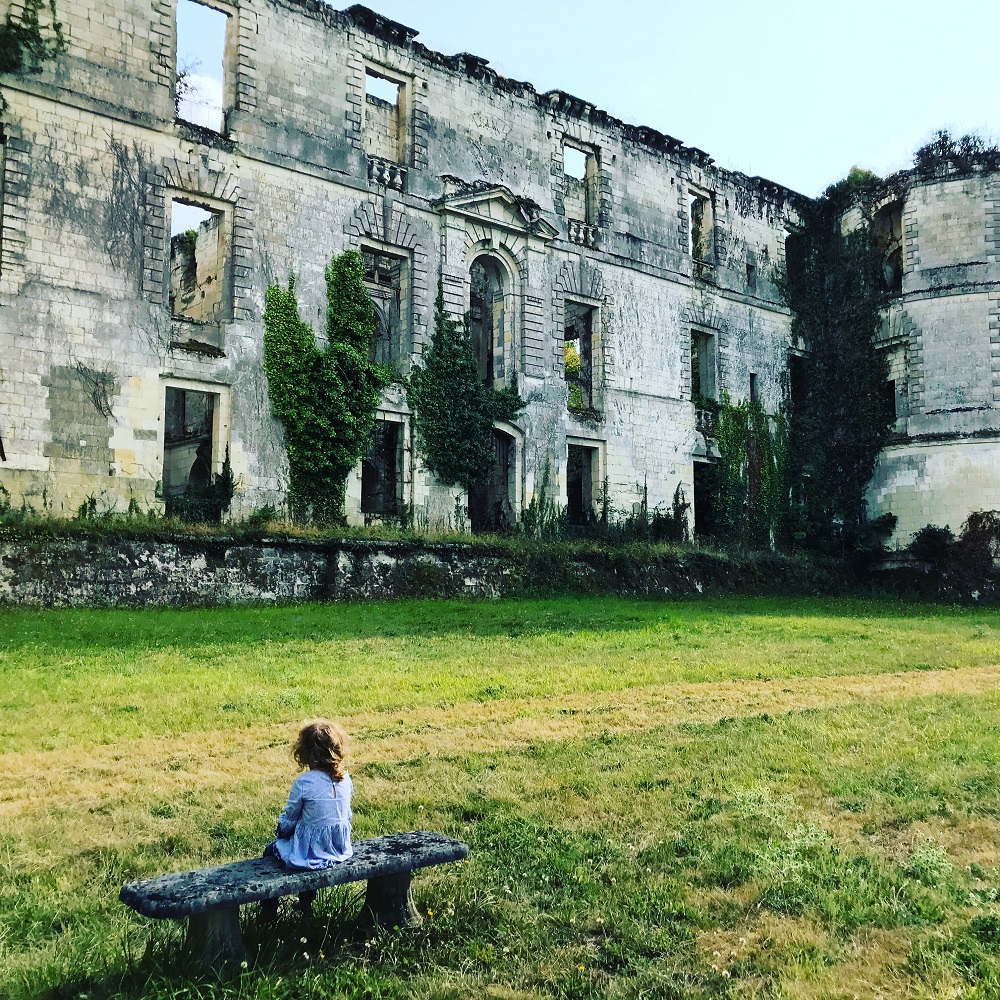 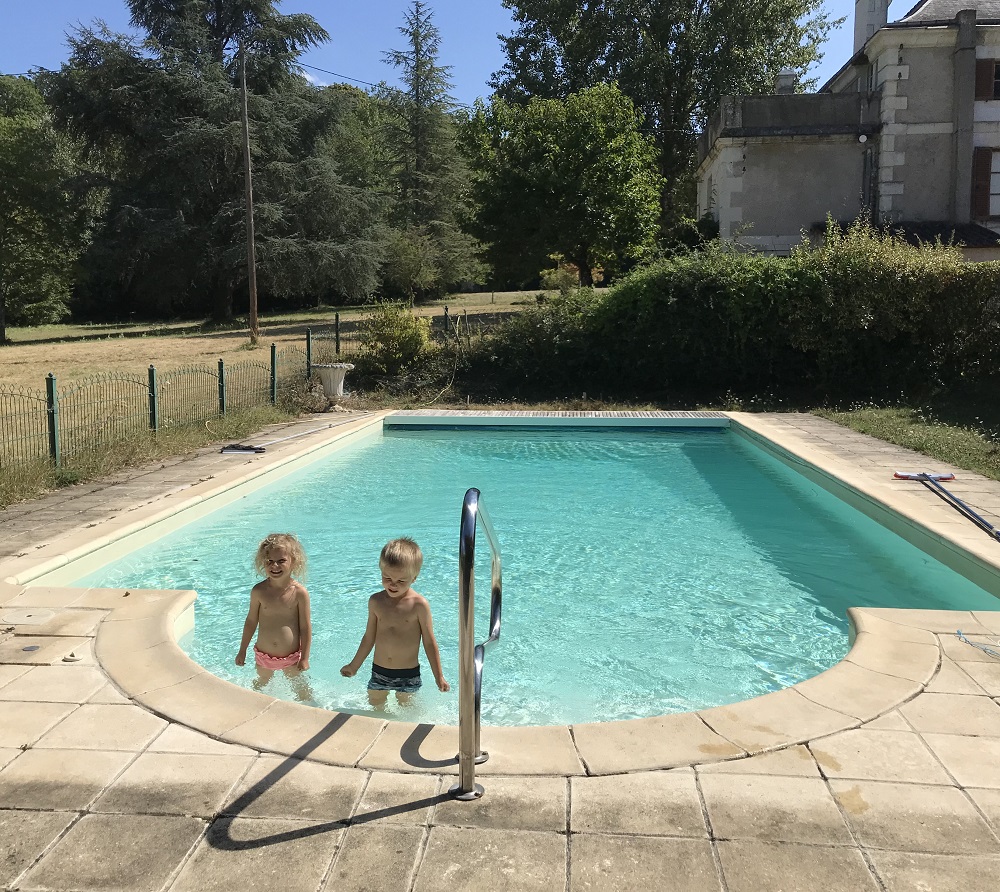 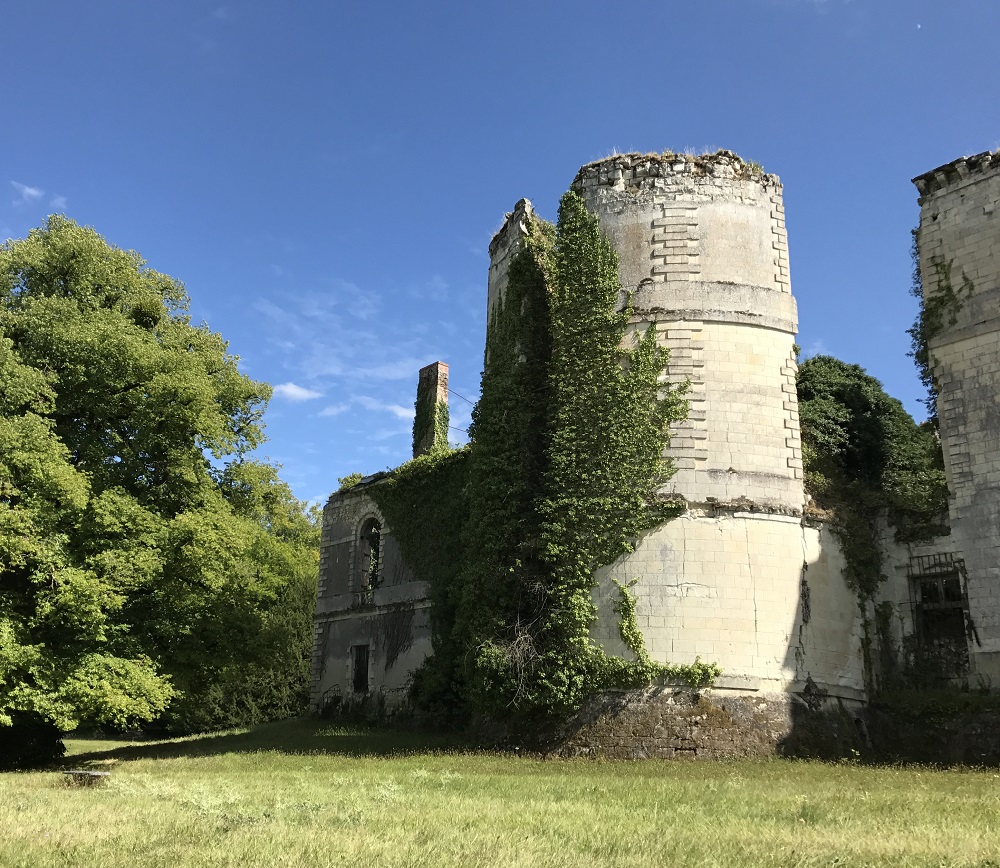 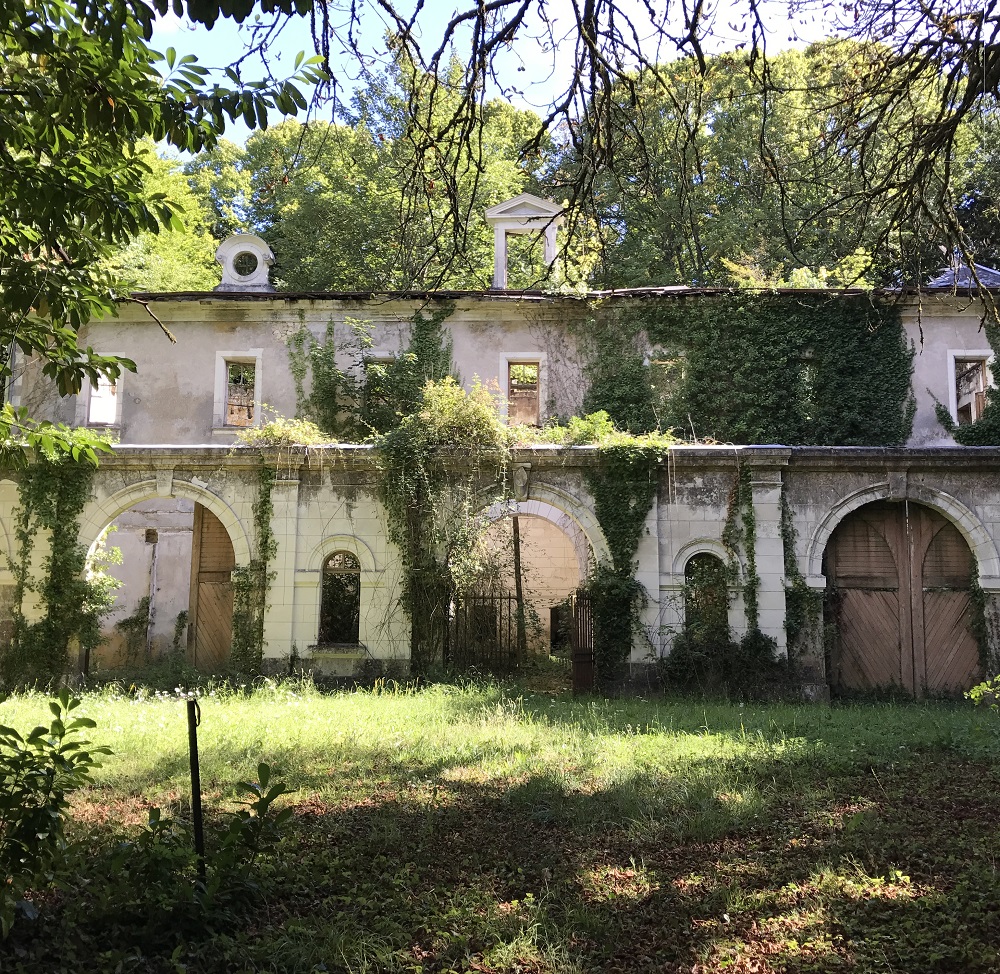 The castle is set in a 17-hectare park with centuries-old trees for a complete privacy. The property boasts private access to the adjoining 800-hectare forest, opening up many possibilities for long walks. The historical château was destroyed during a fire in the late nineteenth century. The stone ruins, overgrown with plants now, are a romantic relic quietly overlooking the lawn. As a result of the devastating fire in the 19th century, the orangery was adapted for residential use. It is now the main house of the property. It measures 1,200 m², of which 1,000 m² are available for rent. There is also a swimming pool nearby.
Are you looking for a wedding venue, a week-end away or holidays in France ?
Please contact Us 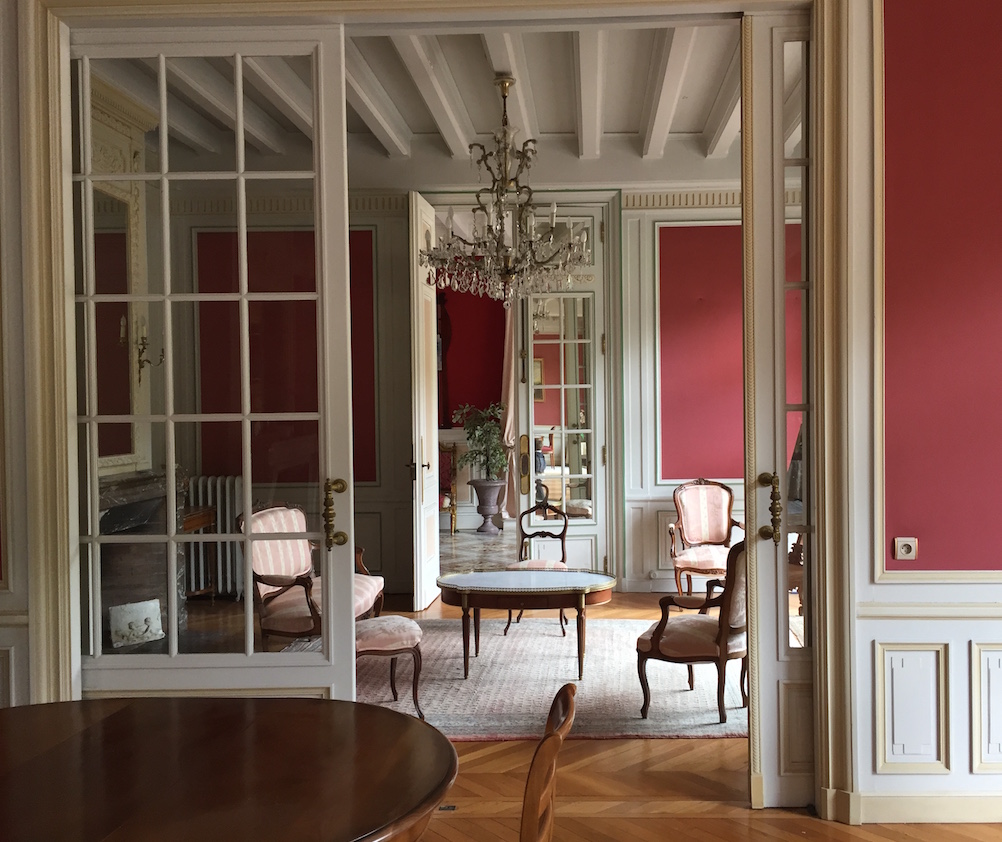 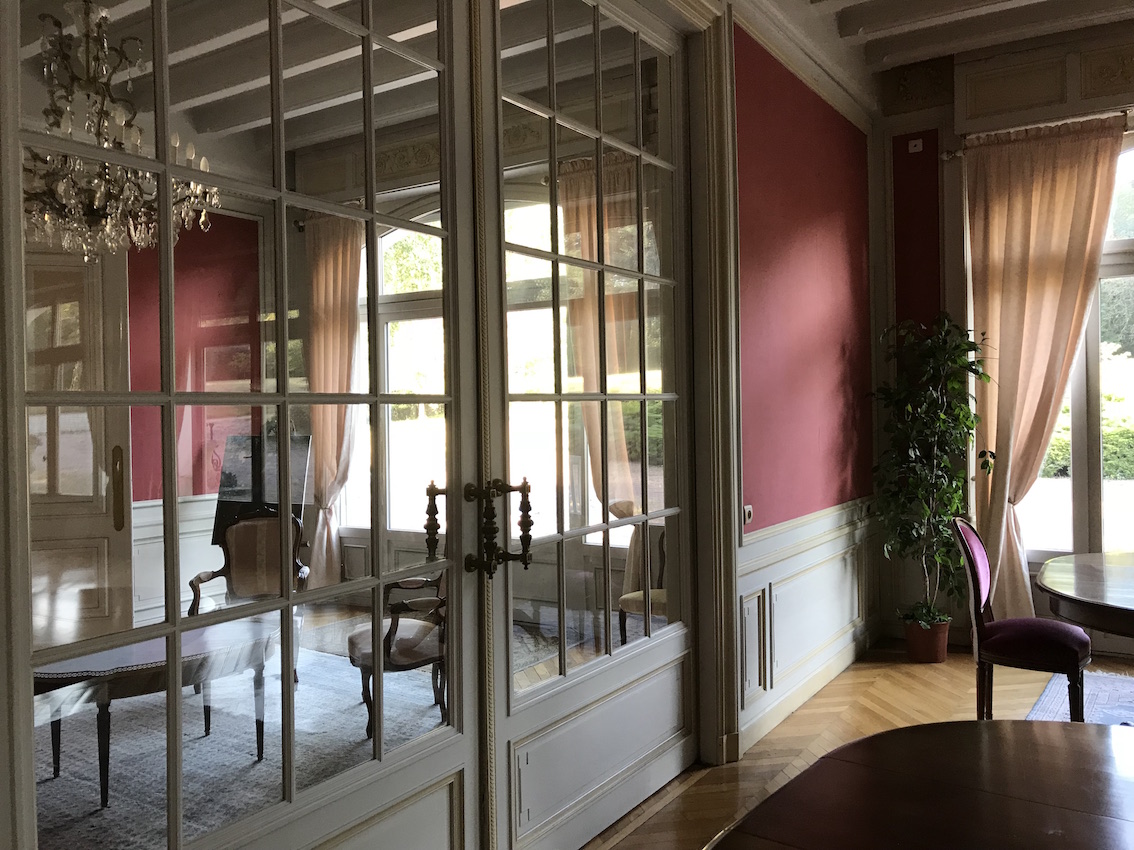 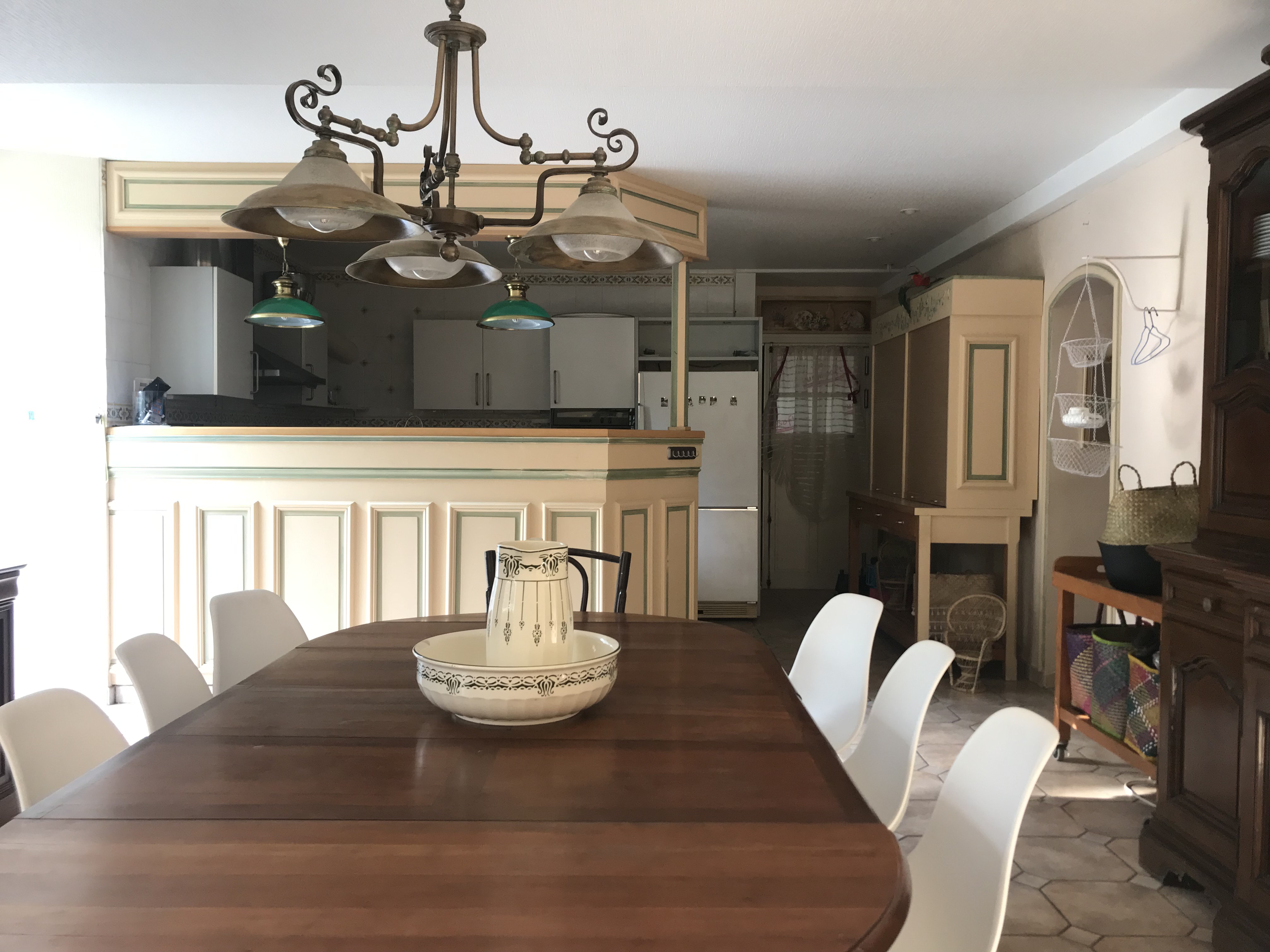 The large windows of the orangery open onto a large terrace facing south, a perfect place for holding your late dinners outdoors. On the ground floor, the reception area is 350 m² in total. It consists of 3 adjoining salons, an entrance hall and a hallway (230 m² total, the largest salons is 80 m²), a set of 4 “petits salons”. The large kitchen is fully equipped and opens on a dining room.
Rent our château and experience a slice of authentic french country life
Please contact Us 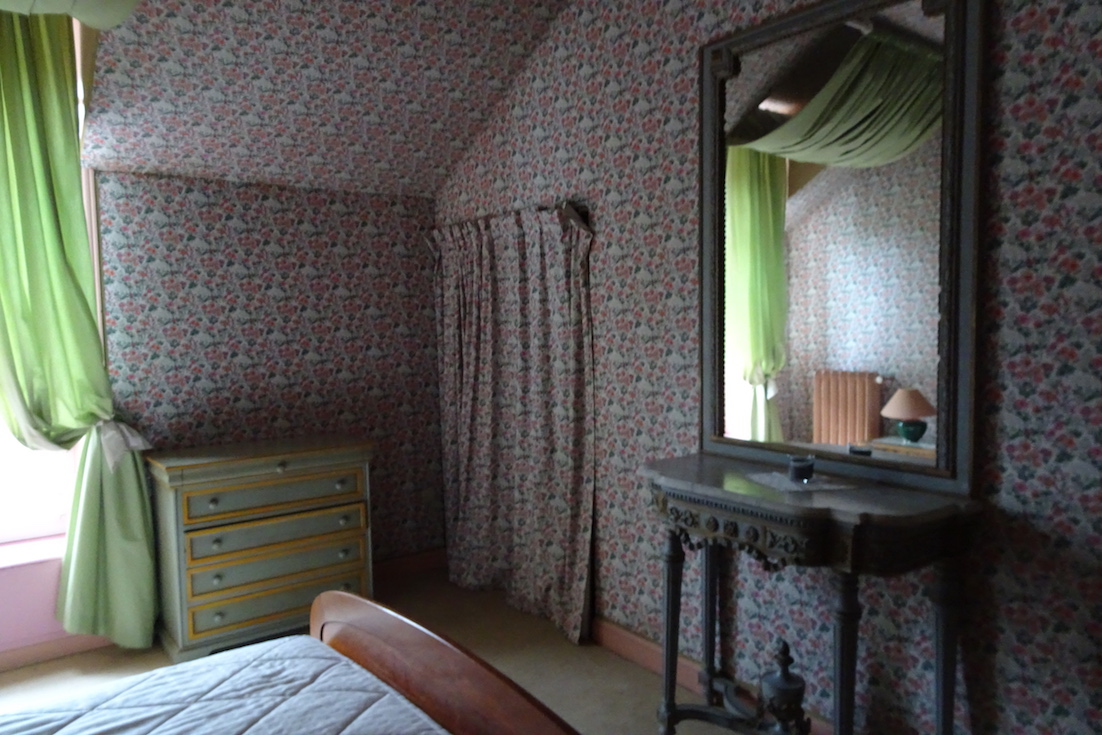 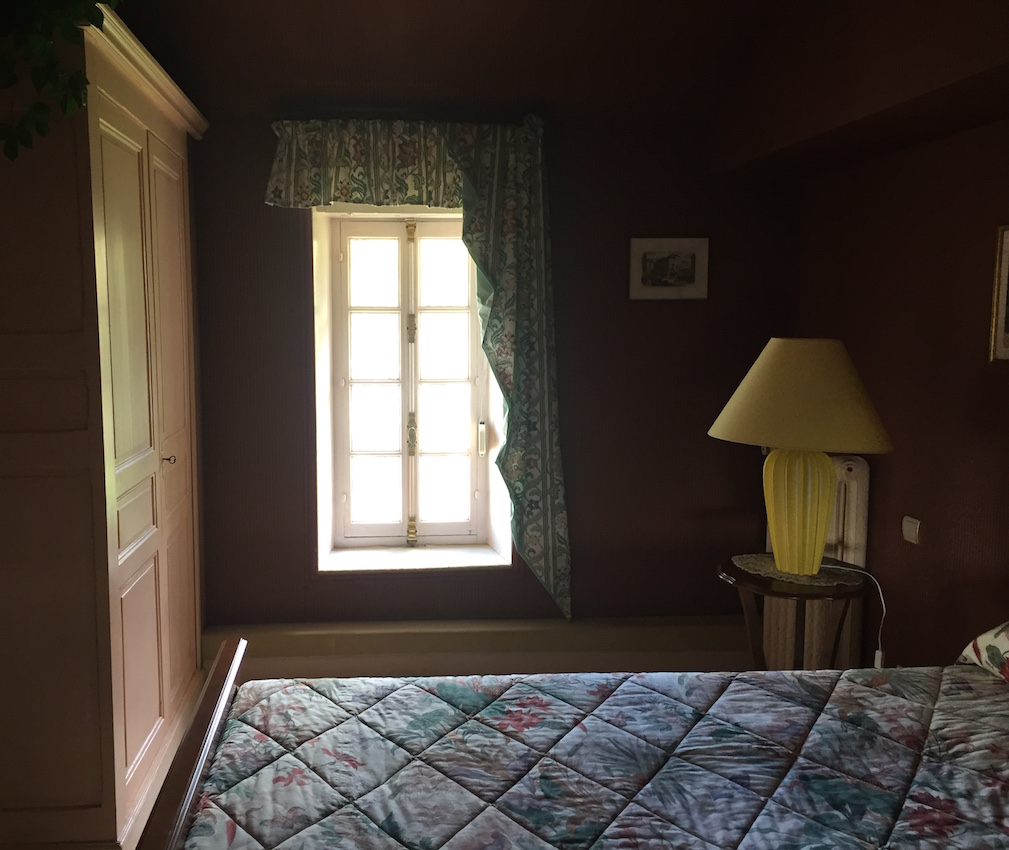 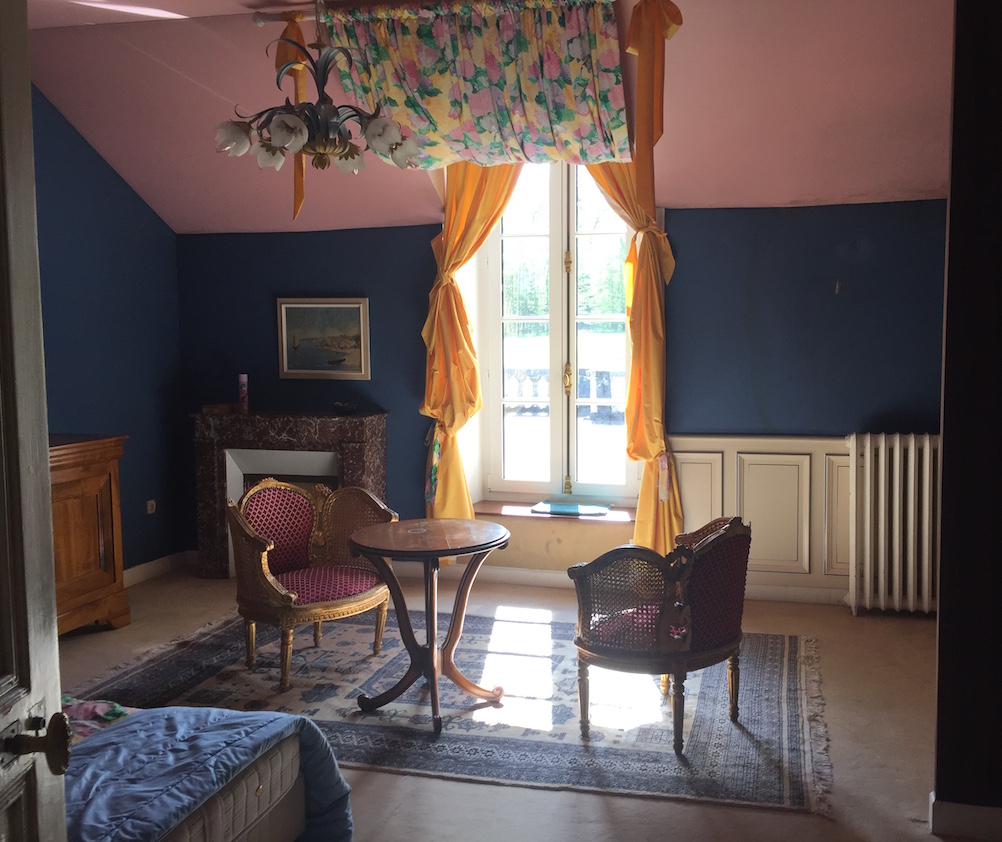 The accommodation capacity is 30 persons. On the first floor, 8 double ensuite bedrooms, and a library with a single sofa bed can welcome up to 17 persons. On the ground floor, a separate apartment consisting of 2 bedrooms (one of which is a dormitory for 6 children) and a bathroom can accommodate up to 9 persons (including children). The 2 convertibles salons on the ground floor will comfortably complement the accommodation possibilities for up to 4 more persons.
Share a unique experience with your family and friends
Please contact Us

The property is always rented in its entirety to a single group. Included in the rental is the park with swimming pool, and the chateau reception rooms and bedrooms for 30 people. The rental price includes rooms, and the charges for heating, water, electricity, garden maintenance, pool, and cleaning the house. Bed linen and towels are provided. Beds are made on arrival. Only the « taxe de séjour » (a few euros per person) remains to be paid upon arrival. Meals and breakfast could be prepared. Damage deposit: 2 500 euros.
We speak for our owners. We offer the best pricing.
Please contact Us

Despite the greenery that has overtaken the turreted towers and the castle walls, a rich and long history unfolded here, mixing royal visits and hunting receptions, feats of arms and dramatic events. With a past extending its roots more than 850 years back, a succession of famous names in the History of Touraine (lords of Sainte-Maure to the Dukes of Choiseul through the Marquis of Beauvau), with lords places a captain of Du Guesclin and a steward of Finance, a bishop, a minister of Louis XV and an ambassador of France - but also the assassination of the Duke of Guise - not to mention the passages of Joan of Arc, Louis XI and Henry IV. The sumptuous castle was burned down in 1882. The Orangerie, built in 1768, was enlarged with a neo-Louis XV style extension between its two square pavilions and again in 1884 at its rear facade an additional wing in an Anglo Norman style. In the late 19th century the chateau underwent a partial renovation. During the Second World War it was occupied by the Germans and unfortunately, taken again by fire in 1943.
Experience the Château Lifestyle.
Please contact Us 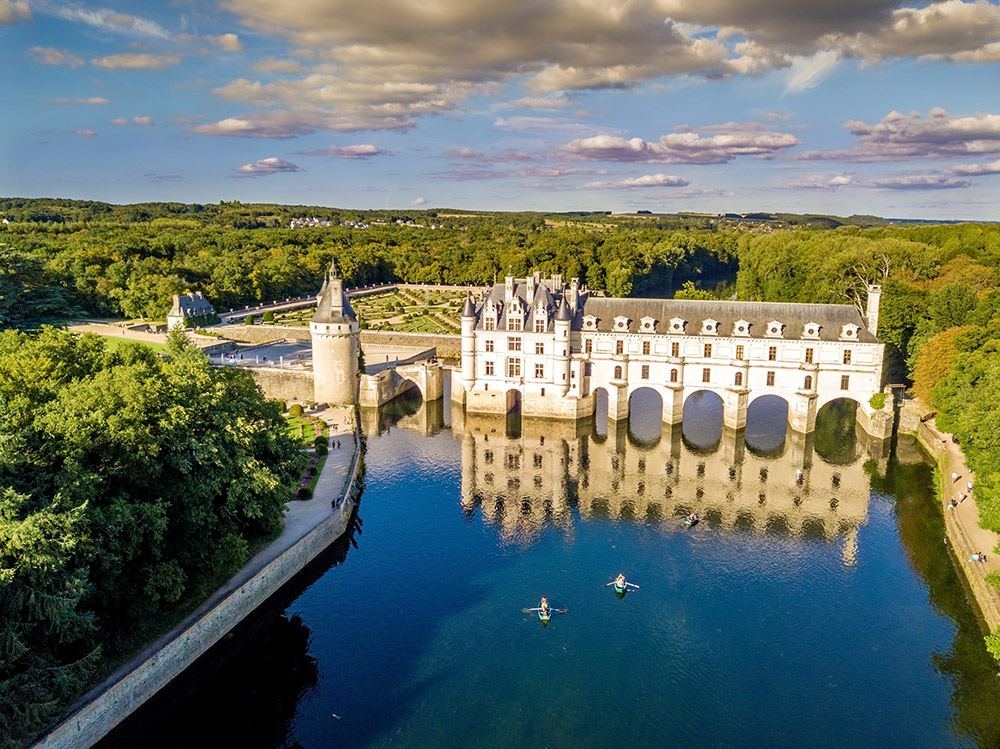 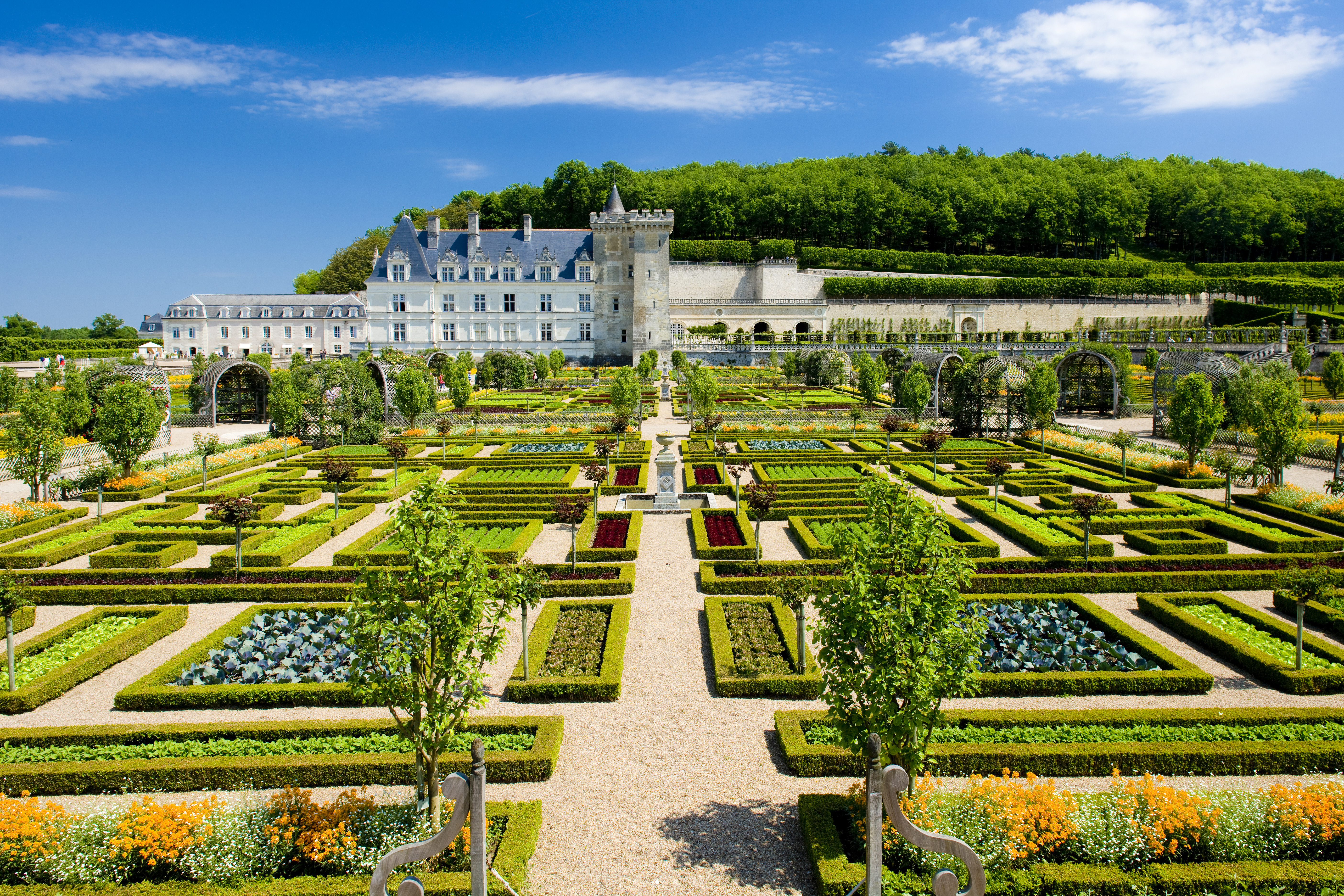 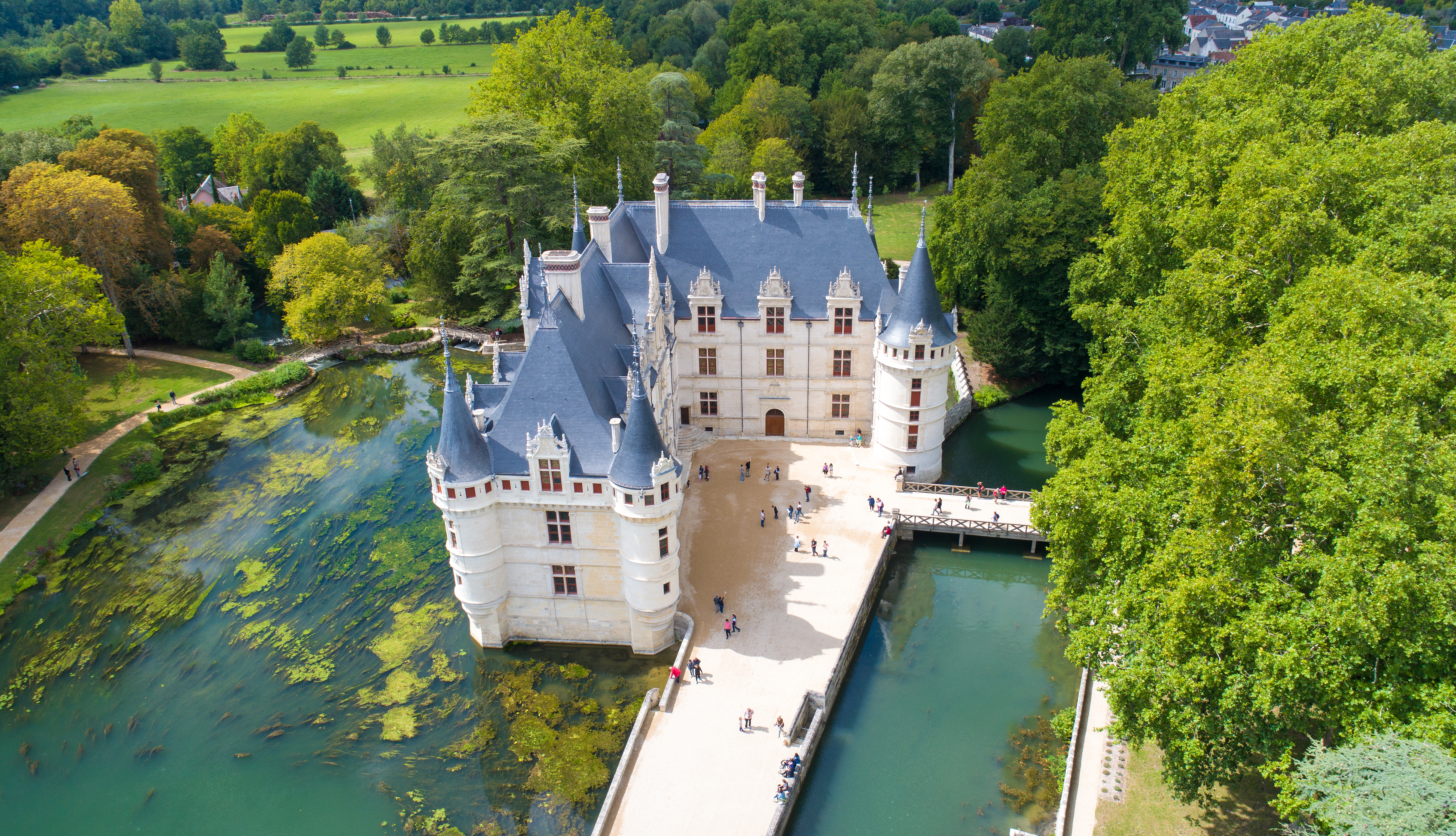 Chateau Montgoger is located in the heart of the middle of the castles of the Loire, the second most visited region of France. There are so many activities, we have only listed those in the immediate vicinty:
More information ?
Please contact Us

• From Tours: 30 min by car, Tours Loire Valley airport at 40min, Saint-Pierre des Corps TGV station at 30 min. • From Paris: 55 minutes from TGV + 30 minutes by car. By car, about 3 hours drive: follow the A10 from Paris, exit 24.1 which leads directly to Saint-Épain.
Practical Information First floor : Groundfloor : Equipment
Our team will be at your disposal for any question you may have.
Please contact Us