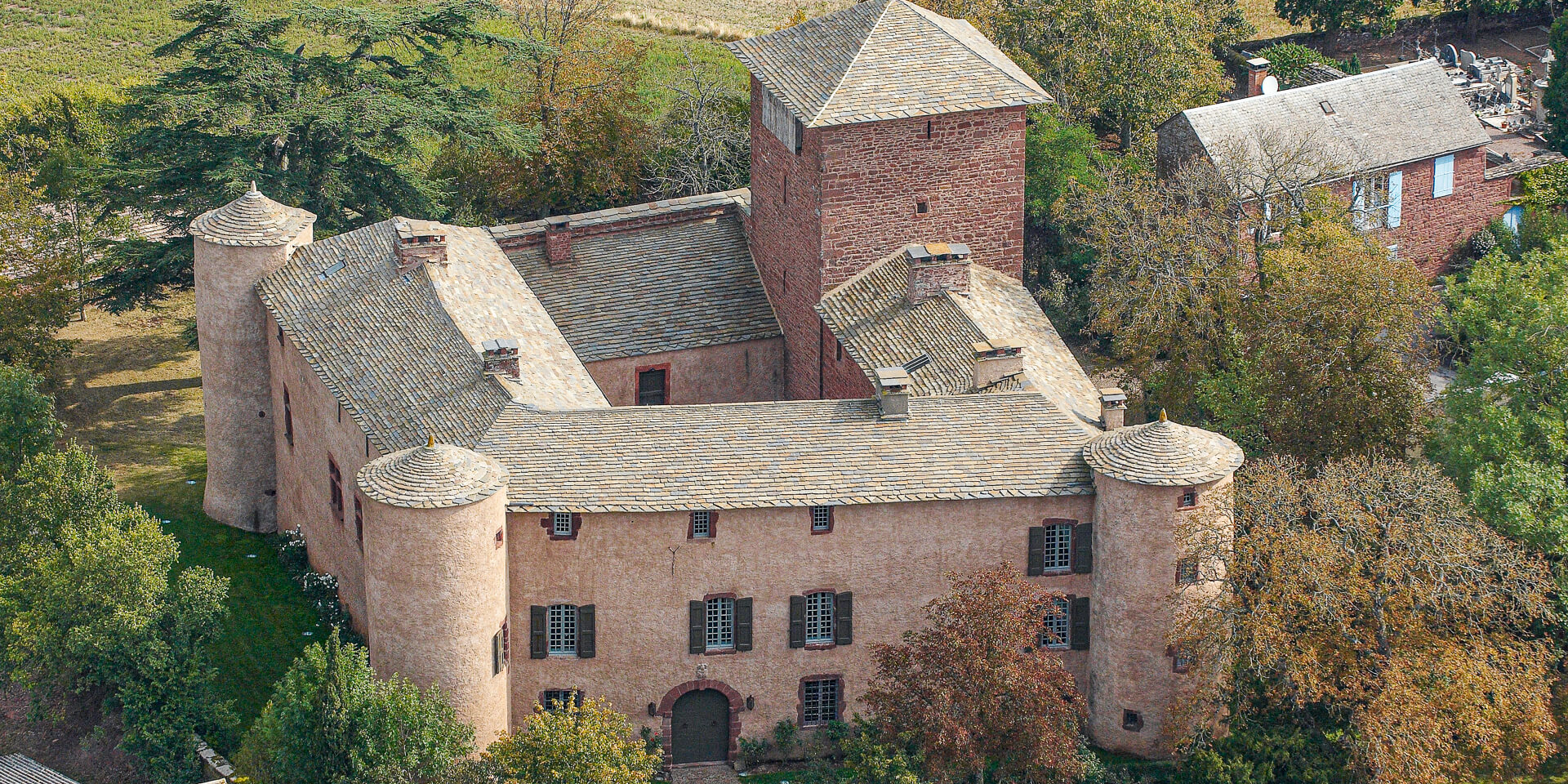 Renting the chateau d’Esplas for a week of vacations or a weekend, it is a stay of relaxation and moments of conviviality in family or between friends. But it is also an opportunity to better understand the History of France and the place of fortresses during the Hundred Years War. A private visit of the dungeon dating from 1261 is offered to you at your arrival.

The trip is worth it

In the heart of the Aveyron department, between “Pays de Cocagne” and Roquefort lands, 40 minutes from Albi, the chateau d’Esplas is a small jewel of medieval castle preserved and modernized with love by its current owner, who knew how to conciliate in a remarkable way, historical residence and convivial and comfortable residence.

The destination Esplas is worth as much by the journey as by its term. You can arrive by Toulouse and cross Albi, a city classified as a World Heritage Site, which is worth a visit. If you arrive via Millau, you can admire the viaduct from its most extraordinary point of view: from the banks of the Tarn. Then you just have to let yourself slide along the D41 which lovingly follows the meanders of the Tarn between castles overhanging the river and canoeing, up to the 18 m high waterfall of Baumes in Saint Rome de Tarn. Then we head for the castle via Saint-Affrique, known for the Roquefort cheese trade and its nightly farmers’ markets in the Aveyron.

In Esplas, go back in time!

The castle appears from afar, on top of a hill in the Rougier de Camarés. One could believe that it still commands the whole village of Esplas of which it is the central point. To live in Esplas is to rewind in a few seconds nearly a thousand years of French history: under Charlemagne, Esplas was already part of the seigneury of Camarès. Four centuries later, under Saint Louis, the castle became a barony with high, medium and low justice. The current large tower, which was then used as a keep, has remained practically unchanged since 1261.
Esplas will know its hour of glory during the Hundred Years War. Staying here takes you back to one of the darkest periods of our history. Here, you will live, without the need for special effects like Spielberg, the life of a chateau owner, inside one of the most pleasant and beautiful residences of the region, with its swimming pool, its kitchen and its large fireplace crossed by a door, its rooms with period furniture and their original beams… But you are also inside a Historical Monument in the true sense of the word, shaped for centuries by the violent logics of our history.

A weekend project at the chateau d’Esplas?
Contact us!

Esplas during the Hundred Years War

In the 14th century, the fortifications were reinforced and the tower isolated to better ensure its defense, the Hundred Years War raged, as did the plague. Cahors lost a third of its population, the activity of the port of Bordeaux fell by two thirds, the country was ravaged by armed bands of several thousand mercenaries, who ravaged the country when they were not waging war by placing themselves at the service of the highest bidder. In 1371, the chateau d’Esplas was attacked by the English, its lord Bernard de Martrin repelled them, but lost several of his sons in the defense. This was the “collateral damage” of the war between Peter the Cruel, supported by Prince Edward of Woodstock, Prince of Wales, Duke of Cornwall and Aquitaine, known as the “Black Prince”, and Henri de Trastamare, helped by du Guesclin. The English strategy was not to submit the conquered lands to the English crown, but to plunder and weaken them and ruin the French side. It was not until 50 years later that a little Lorraine girl came to find the Dauphin in Chinon so that the “English would finally be kicked out of France”. The coat of arms of the Martrin and Boziat de Mantelet families can still be seen in the entrance of the chateau d’Esplas.

The Black Prince ravaged the whole of Aquitaine before returning to England where he died in 1376 a few months before his father King Edward III, his tomb can still be admired in Canterbury Cathedral. He never attacked the city of Carcassonne, which would have required a long siege, and therefore means that he did not have, he will be satisfied with looting and destroying the lower city (outside the walls). The booty was rounded up and put on carts that followed the truckers, and the captured men were kept alive only if they constituted realizable “values”, i.e. if they were likely to pay a ransom to recover their freedom. A portrait of the Black Prince is in the Black and White Room in Esplas. In keeping with his image, he poses all in black.

From the edge of the swimming pool overlooking the valley, one is surprised to dream with a child’s soul of that bygone era of chivalry and its battles that have shaped a whole part of our French history, but whose memories remain vivid even today in rare and magical places like Esplas.

Organize a family reunion at Château d’Esplas?
See the castle

At the Chateau d’Esplas, the small history has an appointment with the big one

The North Tower is in fact a real dungeon of 20 m high (!), built in slabs which are nearly 2 m thick. Before the Revolution, it was armed with 3 cannons, and 12 rifles of rampart. One of these guns had been given, as a title of honor to the lord of Esplas by the king Charles VIII. If the walls have disappeared today, the defensive structure remains visible, as well as the well with its cistern which fetches water at a depth of 16 m. A castle that seems quite imposing for such a small village, if one does not put it back, as we have tried to do, in the logic of the murderous madness of that time and in its attack/defense dynamic. A castle all the more imposing because Esplas was once a poor agricultural region. We are not in a region on the banks of the Loire, with rich lands, where the most beautiful French castles were built. But necessity is the law, the castle was the only way for the peasants of the barony to guarantee themselves against the surrounding dangers, “whatever it costs…”.