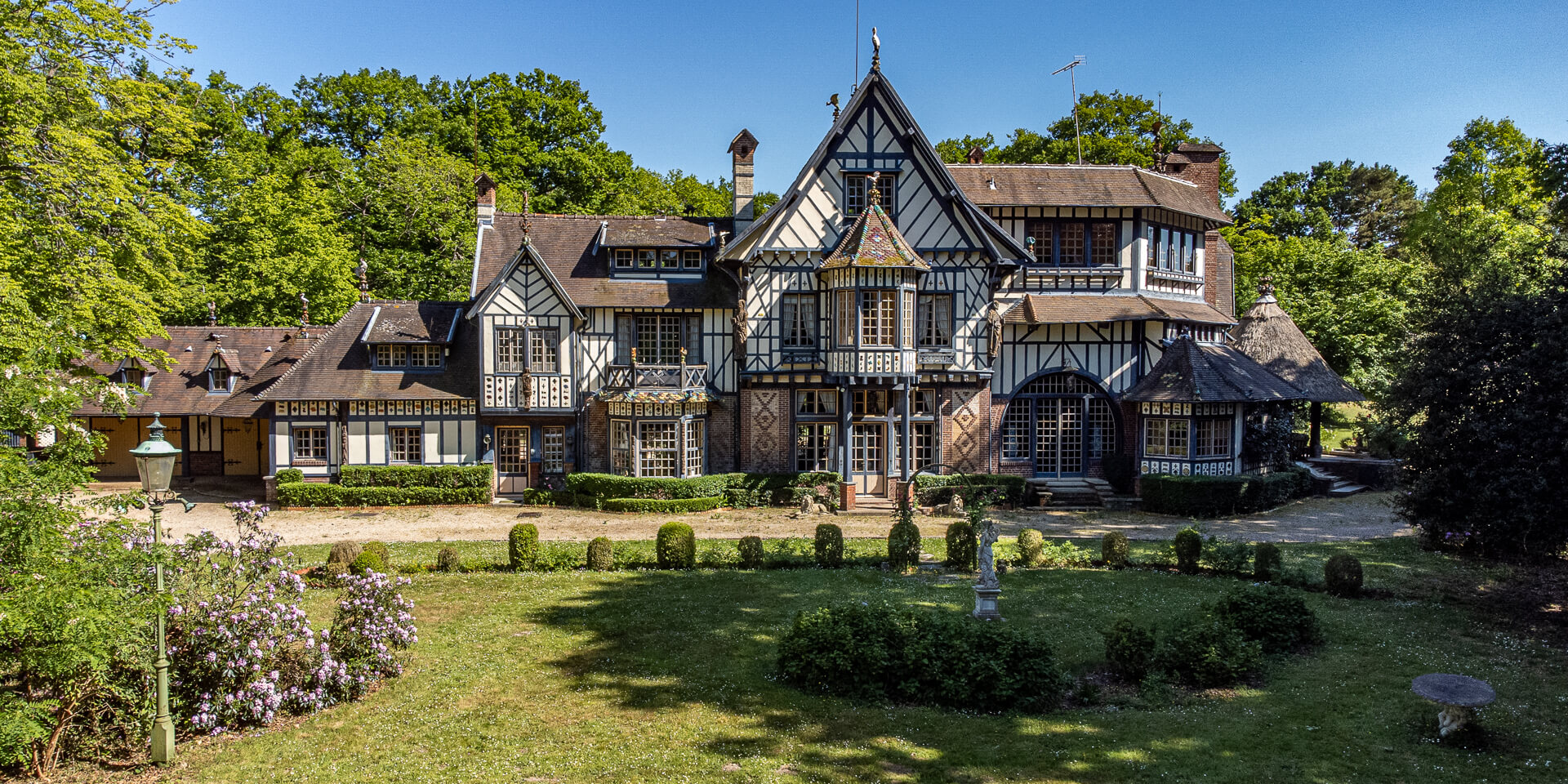 Week-end with Claude Monet and Sacha Guitry, at 1h30 from Paris

Leave Paris and find yourself barely an hour and a half later in an extraordinary place. Live in a chateau that housed “all of Paris” in the Roaring Twenties, when it was the summer residence of Sacha Guitry, playwright, film director, actor. Take a walk in a park nestled in a loop of the Seine that inspired Claude Monet. This is the experience you will have if you rent the Manoir des Zoaques in Yainville, in Seine-Maritime, in the heart of the Boucles de la Seine Regional Park.

Dive into nature at the Manoir des Zoaques

From the park of the manor house, which overlooks the Seine, the view is of one of the last meanders of the Seine before it ends, exhausted from so many twists and turns, its journey into the sea. The proximity of France’s second largest river and the immensity of the two-century-old private park explain the richness of the Zoaques eco-system, in terms of the number of species and varieties of birds. A bio-park for a full of nature and oxygen at 1h30 from Paris. This is what renting this manor house for a weekend offers you.

The result of several successive refurbishments which have increased its surface area to 800 m2, the Zoaques manor house exudes an old-fashioned charm made up of a mixture of contrasting volumes giving off an overall balance full of serenity. The 20 hectare park, which stretches almost from one loop of the Seine to the other, is home to a blue mosaic swimming pool, a jacuzzi in a greenhouse, a tennis court, a vegetable garden of more than 1,000 m2, not forgetting three llamas who look at you with contempt when they see that you have undertaken to disturb their contemplative rumination…

In the footsteps of Sacha Guitry

Throughout its 150-year history, the Château des Zoaques has received many prestigious guests, including King Olaf V of Norway, but its most glorious period was during the ‘Roaring Twenties’. Between 1913 and 1916, the Zoaques was the summer residence of Sacha Guitry and his wife, the famous actress Charlotte Lysés. With him, the Zoaques became for a few years the Norman Mecca of “Parisian life” for the arts, entertainment and even (already!) the cinema.

“In the footsteps of Guitry” would be a good pretext to discover this region: from Merlerault in the Orne, the cradle of his ancestors, to Saint-Valéry-en-Caux where he took his first (clumsy) steps as an actor, via Honfleur where his delirious wedding is still part of the town’s memories.

We know Guitry through his plays, which brought him honours, money and success very early on. But we know less about his passion for cinema, at a time when the 7th art was still in its infancy. His first film, “Ceux de chez nous”, shot in the middle of the war, featured Auguste Rodin, Claude Monet, Anatole France and Auguste Renoir.

Claude Monet loved the Zoaques and was inspired by it

If several painters came as friends to the Zoaques, including the brilliant Modigliani, whose fate was so tragic, Claude Monet was probably the one who appreciated the Zoaques the most. The father of impressionism, Clémenceau’s close friend, appreciated Guitry as a man and a director. But at the Zoaques, Monet also found himself in the proximity of the loops of the Seine that he loved so much: Argenteuil, the Grenouillère, Giverny, Rouen, and undoubtedly the Zoaques… so many places where the painter of the Water Lilies experienced his fascination with the reflections of light on water, the source of works that are today an integral part of the heritage of humanity. The Monet years at the Zoaques were also, by chance or as a consequence (?) the years when the master undertook what would be both his last work and undoubtedly his greatest masterpiece, the set of panels on the theme of the Water Lilies. Some say that the green chairs in the Zoaques were painted by him with the same palette as the Water Lilies.