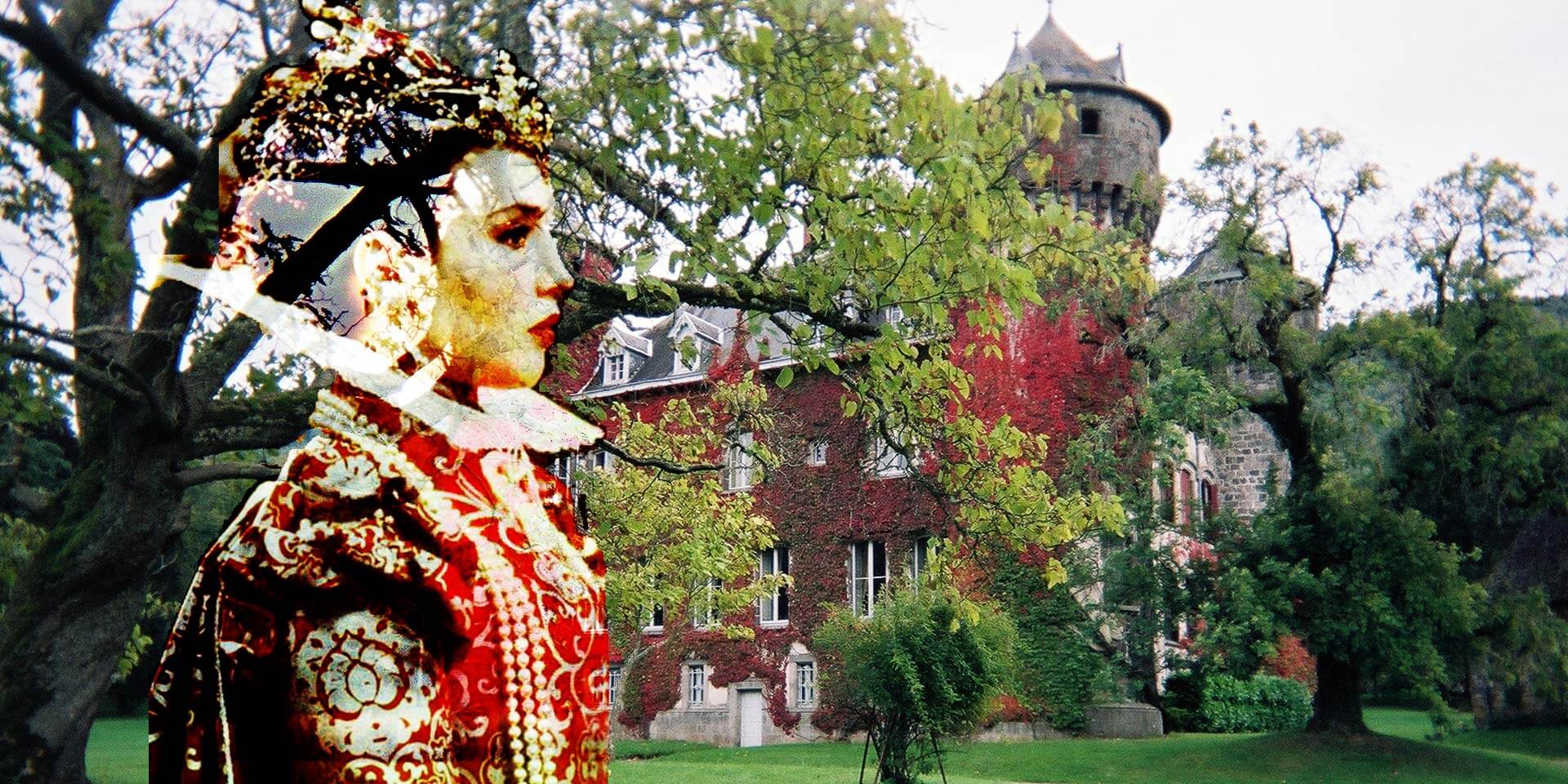 Holidays at Château de Sédaiges : memory of Queen Margot in 1585

There are places where you can stay with your family, places that are magnificent and magical, different, and still inhabited by the memory of great characters who made French history. Sédaiges is one of them. Here, or in its immediate surroundings, exceptional men and women have passed through, lived, loved and fought, and the cinema has seized upon them to make them characters who are now part of ourselves.

Our story begins at the Château de Sédaiges in Marmanhac, a few miles from the fortress of Carlat, property of Marguerite de Valois, where this Queen of France, daughter of Catherine de Médicis, wife of the future Henri IV, stayed for over a year. One of the most beautiful women in the kingdom of France in the 1580s, formidably intelligent, magnificently interpreted in Patrice Chéreau’s film “Queen Margot” by the very beautiful Isabelle Adjani.

Our story will then bring us to the memory of Henri IV’s personal physician, one of whose descendants will become the owner of Sédaiges, and it will end with Renée d’Anjou, Duchess of Montpensier, neighbour of Queen Margot, played by the no less beautiful Mélanie Thierry in Bertrand Tavernier’s film, partly shot a few leagues from Sédaiges.

Marguerite de Valois arrived in Carlat on 30 September 1580. At 32, she was one of the most beautiful women in the kingdom, whose beauty was praised by Brantome, Ronsard and Montaigne; so beautiful that, according to Brantome, during a speech by her brother, King Henri III, “more than three hundred people in the assembly were more delighted by the contemplation of such a divine beauty than by listening to the king’s serious remarks, even though he had said and harangued some of the best things. Marguerite fled in haste from the court of Agen where she feared for her life in these troubled times of the Wars of Religion. She arrived without luggage, servants or jewels after having ridden for six days in a row behind Jean d’Aubiac, her chief squire and lover (a fatal error! he was arrested, transferred to Paris and hanged by order of the king some time later).

Marguerite fell seriously ill a few weeks after her arrival in Carlat. She was treated and cured by Pierre Béral, born and practising in Murat, personal physician to Henry of Navarre since 1578. Note this name, because one of Pierre’s descendants became the owner of Sédaiges.

Marguerite is not only one of the most beautiful women in France, but she is also a well-made head. A shrewd politician, and God knows that she had to be in those bloody times (the Saint Barthelemy massacres had taken place thirteen years earlier), Marguerite set out to win over the Auvergne nobility, which she intended to inherit from her mother Catherine de Médicis, duchess of Auvergne and Bourbonnais (among others). Bayard de Caissac, from Sédaiges, from an old line of Auvergne nobility, was soon invited to her new court. Bayard de Caissac was made a gentleman of Marguerite’s court some time later. Knowing Marguerite’s reputation, there will always be bad tongues to insinuate that this rapid promotion of Bayard could not be explained only by strictly political considerations of Marguerite, but this is only unfounded gossip and slander… :-).

Patrice de Varax, the current owner of the Château de Sédaiges, has found an exceptional document in the Sédaiges archives, an autograph letter from Marguerite de Valois, Queen of France. This document alone is not enough to prove that Marguerite came to Sédaiges, but Marguerite’s political intelligence, as well as the simple rules of courtesy of the time, militate in favour of the idea that she came to Sédaiges during her year of exile to visit her new friend Bayard de Caissac, and that she stayed there for a few days. The two castles are only five leagues apart, that is to say 3 or 4 hours to travel on horseback, difficult at the time to make the round trip in a day…

Our history is not over! King Louis XIII, son of Henri IV, ennobled the family of Pierre Béral in the 17th century, and the two families of Caissac and Béral linked their destinies with the marriage in 1740 of Pierre II de Béral to Marguerite de Caissac. Patrice de Varax’s grandmother was the last de Caissac.

It was at the neighbouring castle of Messilhac that Bertrand Tavernier came to film “La Princesse de Montpensier” with Mélanie Thierry, Gaspard Ulliel (Duke of Guise), Lambert Wilson (Count of Chavagnac). All these characters, except the Count of Chavagnac, did exist, and Margot knew them, some of them very closely: the Duke of Guise was one of Marguerite’s greatest childhood loves…

We like to imagine that there is material there for a future great historical fiction film, which could, it is not forbidden to dream of it, begin in Carlat, with Queen Margot, Pierre Béral and Bayard de Caissac, de Sédaiges 🙂 ?

Then, in the evening, you may be able to tell your children the fascinating and passionate story of Marguerite de Valois, heiress of one of the greatest royal families of France, a beautiful, intelligent woman, perhaps a man-eater, but who lived a passionate life in the terrible era of the Wars of Religion. A woman who knew 3 kings who died tragically: her father Henri II, who died with a spear in his right eye while jousting near the Place des Vosges, her brother Henri III, who was murdered in Saint-Cloud, and her husband, Henri III of Navarre, who became one of our greatest kings under the name of Henri IV, and who was murdered in the Marais in Paris. A woman who could have become Queen of France instead of Henry of Navarre if the King of Spain, as he had intended, had succeeded in changing the rules of succession prohibiting the accession of a woman to the French throne. A serious threat to all the men in power dreaming of succeeding Henry III, for if she was a woman, she would prevail over all of them by her intelligence, her political talents and her ability to use all her assets to achieve her goal.

Why not also imagine, at night, another History of France? if Pierre Béral had not succeeded in saving his patient… or if Marguerite had fallen in love with Bayard de Caissac and Sédaiges to the point of making a new life here and with him? No one will ever know, but there are rare magical places where the spirit blows, where the shadows of the past feed our imaginations and make us dream of other possibilities, and Sédaiges is one of them.

Would you like to spend a holiday or a weekend with friends at Château de Sédaiges?
Discover the chateau