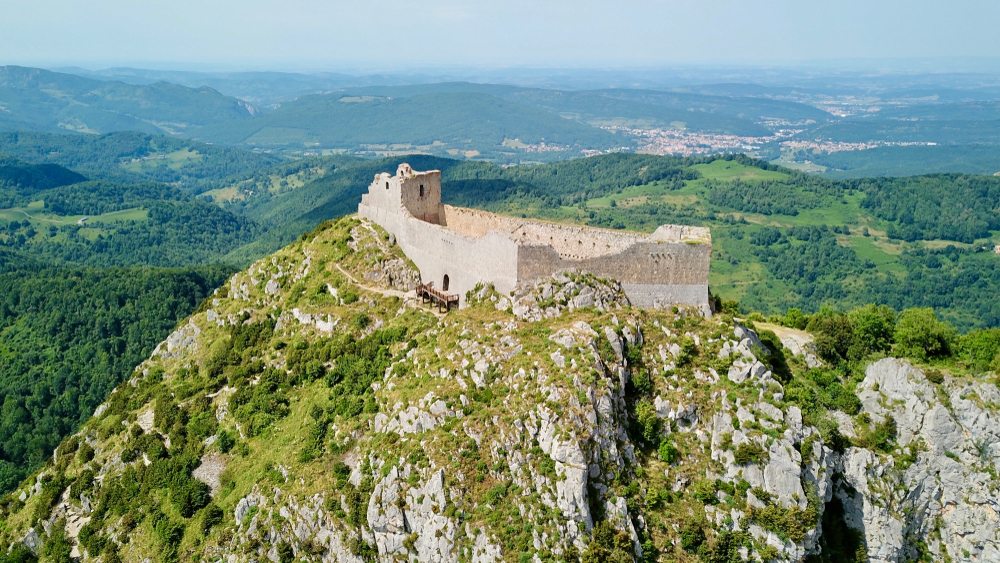 Rent a Cathar Castle in France 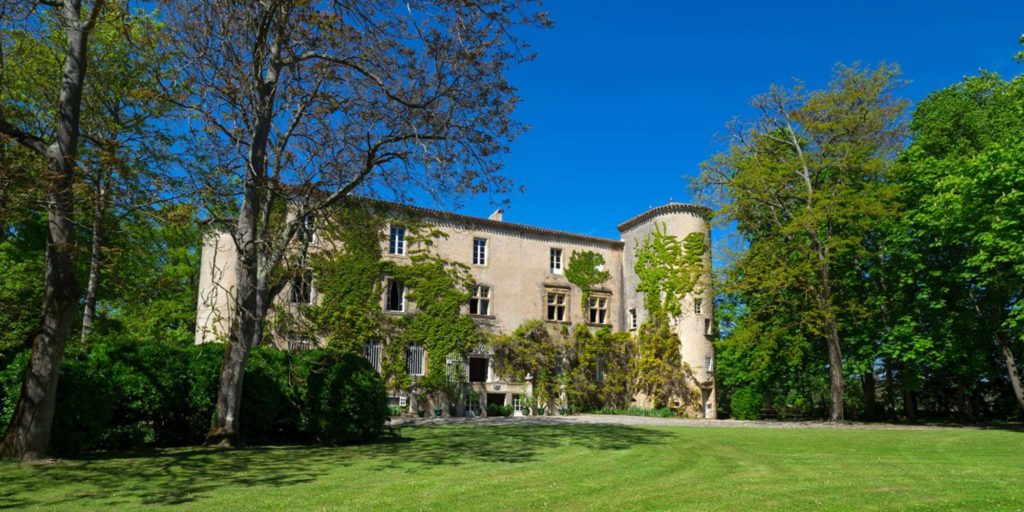 Passionate about history? Have you thought of renting a castle in Occitania for your holidays and taking the opportunity to discover the fascinating history of the Cathars? Votre Chateau de Famille offers several castles for rent in this region of South West France which was at the centre of the history of the Cathars: La Commanderie, which is an authentic Cathar castle of the 13th century, or Riveneuve in Pamiers in Ariège near the castle of Montségur where the last Cathars burned. 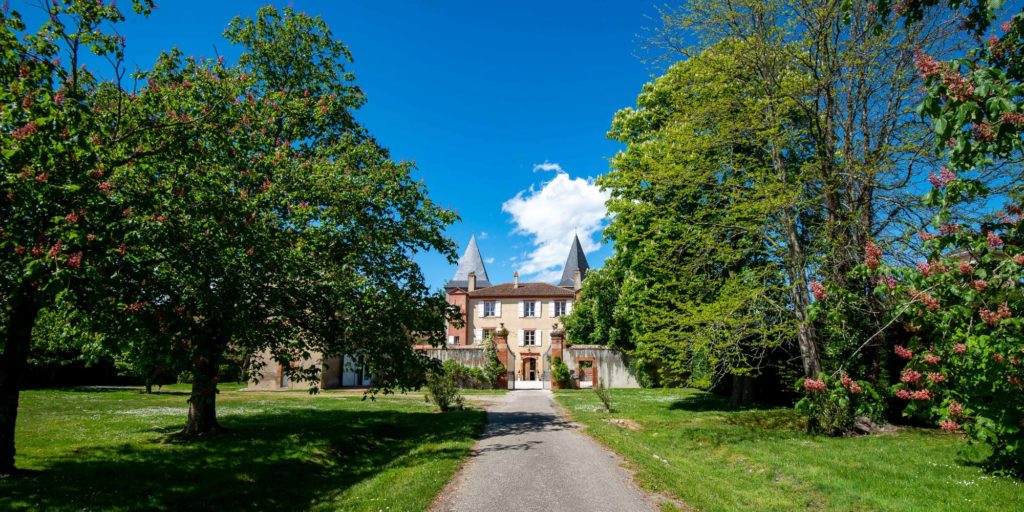 The Cathars in Occitania

In 1244, the last Cathars of Montségur, hundreds of women, men and children chose to die for their beliefs rather than to renounce their faith.

This is recorded as the official end of the Cathar heresy, the one that appears in the history books. But the reality is more complex.

The so-called “Albigensian” crusade was a war of extermination of the Cathars and the Cathar heresy. Like any crusade, state power (the King of France and his armies) goes hand in hand with spiritual power (the Pope). The alliance of the saber and the clergy. The Church could not support a movement that was gaining more believers every day in Occitania.

The Church, very cleverly, did not pass the eradication of orthodoxy through mass extermination. The Inquisition knew that they must, by all means avoid creating martyrs. In a hundred years, their records show only a few hundred Cathars burned on the stake. Saint Dominic had nothing to do with it, he died in 1221, and it was not until 11 years later that some of his brothers were responsible for bringing the lost sheep back to the right path, with a little violence and a lot of persuasion.

It was a different story for the King’s warriors: it was a question of authority, and the assertion of authority would be all the more violent if it knows itself to be fragile. Legitimacy, on the contrary, does not require force. For the king’s men, it was also above all, a question of conquering territories and grabbing wealth. For the King’s men, the counties of Languedoc were rich. What is nothing more than organized robbery with violence will go down in history as a crusade of faith, for the king.

Let’s go back to 1180. It was the year of Philippe Auguste’s ascent to the throne, the Capetian dynasty was only two centuries old. In that year, territorially speaking, the real king of France was the king of England. The royal domain (and the fiefdoms dependent on the crown of Philip) represented less than a quarter of what we know as France today. The rest: all of western “French” territory from Aquitaine to Pays de Cau, passing through Brittany, Anjou, the Massif Central, was under British guardianship. Louis VII annulled his marriage to Eleanor of Aquitaine after no male heir was produced. 8 weeks after the annulment she married the future King of England, Henry the II, with whom she had 5 sons and 3 daughters. Two of her sons were none other than Richard the Lion Heart and the future King John, featured in many stories – even Robin Hood!

One could say the heretical movement was born when Eleanor of Aquitaine gave birth to her son John in 1166. The tension between the Crown and the Church would mount as John lay claim to the riches of Toulouse. As the century turned, the Cathars in Toulouse had already become one of the five independent Cathar churches rejecting Catholic power. And royal members of the monarchy under Henry II and his sons, would want to protect it.

Cathar heresy threatened to tear apart the fragile temporal and spiritual edifice, painfully built up with battles and compromises by Philippe Auguste. A heresy sustained behind the scenes, by the powerful count of Toulouse, his vassal on paper. The Cathar heresy was a political threat to be taken seriously. It was also a great opportunity to be seized by a king who had to seriously damage the finances of his kingdom to defeat it. The Count of Toulouse was lord of a territory larger than the royal territory (from Toulouse in Arles), and what is more, the territory was rich: Toulouse was the 3rd largest city on the European continent, the University of Montpellier would be created barely 30 years after the Sorbonne, and would quickly establish itself as the first university of European medicine.

Heresy is fuelled by popular force. It fed on the bad example set by the Catholic clergy, more interested in the conquest of material goods than in pastoral activity. Many priests, were married despite the (recent) ban by the Council of Nicea. The “perfect” Cathars were chaste; and exemplary in their behaviour, close to the unfortunate people to whom they brought assistance and spiritual consolation.

Another prominent figure involved in the Cathar heresy was Esclarmonde de Foix. She was widowed in October 1200 and adopted Catharism sometime thereafter. She received the Cathar sacrament, the consolamentum, for becoming a Cathar Perfect from the Cathar bishop Guilhabert de Castres in 1204 in Fanjeaux with three other women of high rank, Aude de Fanjeaux, Fays de Durfort, and Raymonde of Saint-Germain. The ceremony was conducted in the presence of her brother, Raymond-Roger of Foix.

She settled in Pamiers and was probably involved in the initiative to rebuild the fortress of the Château de Montségur. She participated in the Conference of Pamiers of 1207. It was the last debate between the Cathars and the Roman Catholic Church, represented by Dominic Guzman, founder of the Dominican order and later known as Saint Dominic.

The following year, in 1208, Pope Innocent III launched the Albigensian Crusade against the Cathars after the murder of his delegate Pierre de Castelnau.

When he died in 1223, Philippe Auguste barely succeeded in breaking the power of the Plantagenets by playing Richard the Lionheart and John Lackland against their father, Henry the II. Philippe Auguste had become the king of a “France” which for the first time resembled present day France. Notre Dame de Paris came to an end, and from the Louvre castle, the king issued his first official acts under the new name, a first in the history of the Kingdom of France. 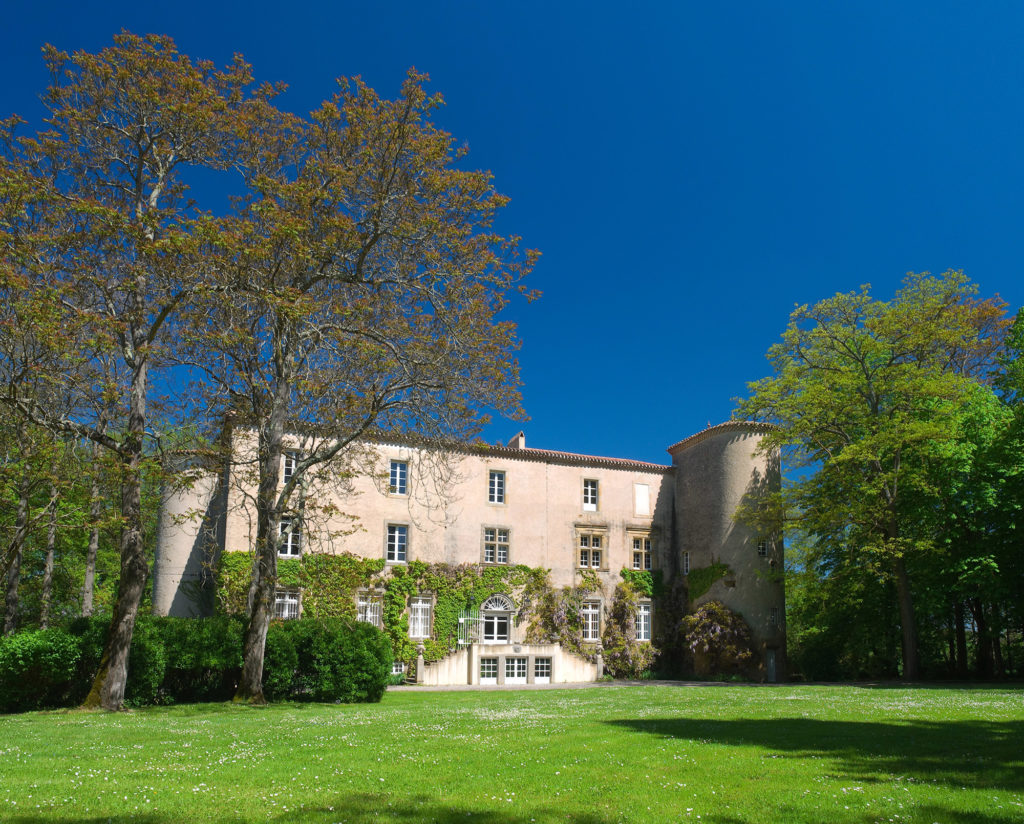 Château la Commanderie was erected in the 12th century on the initiative of Lord Cathare Guillaume de Plaigne, who participated in the massacre at Avignognet, then shut himself up in Montségur with the besieged. Barthélemy de Plaigne decided in the 16th century to enlarge the castle by creating the Salle des Chevaliers. The castle was then sold to François Paul de Béon-Masse-Cazeaux, Grand Prior of the Order of Malta in Toulouse who, in 1685 erected the seigneury as a Commandery of the Order of Saint John.
La Commanderie is located in Occitanie, 15 minutes from Mirepoix and 45 minutes from Toulouse and Carcassonne. La Commanderie, rich in eight centuries of history, offers an exceptional setting for your family vacation or a fairytale wedding. The castle and its cottage can accommodate 29 people. 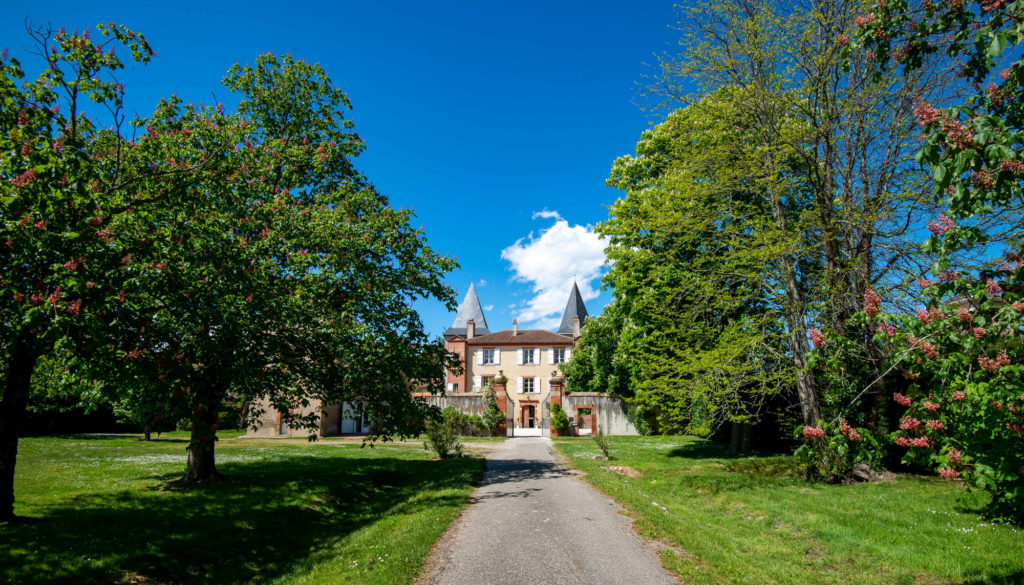 The Chateau de Riveneuve is a 16th century manor located in Pamiers at the foot of the Pyrenees. It is an ideal starting point to discover the famous castle of Montségur where the last Cathars burned.
Riveneuve can comfortably accommodate 36 people for family holidays, or a weekend with friends. You can also organize a big family celebration, a wedding or a birthday there.

For your next vacation in France consider renting a chateau tied to the history of the Cathar movement in Southern France.

Discover all of our castles in South West France!