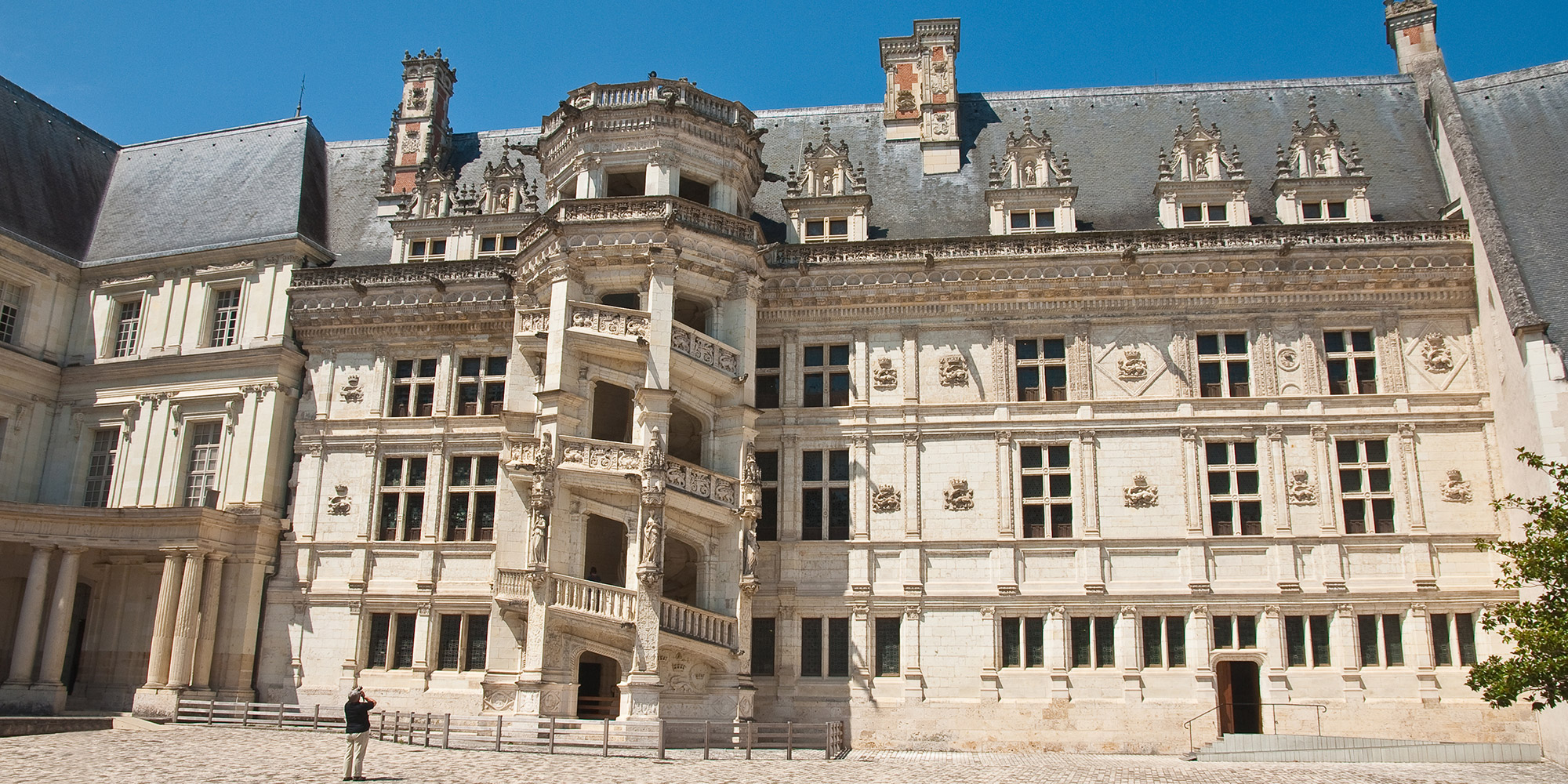 The Loire Château of Blois : one of the jewels of Renaissance

Renting one of our chateaux in the Valley of Loire ( Beaumont, La Douve, La Ménaudière, Montgoger, Bois-de-le Lune or Villers-en-Ouche), is living the life of Kings of France. From your Chateau de Famille, go and visit the Chateau of Blois.

Visiting a castle, royal or not, is most often a deceptive experience, nothing has been set to put the visitor in the position of appropriating the site. The technocratic set of mind considers as an primary goal to have the castle salons become a museum, with the exposition of historical relics only professional eyes will be able to analyse and appreciate.

In Blois, the humanist set of values still prevails, with a splendid motto: “make your visitor be at home and feel respected for himself”. The problem has been correctly assessed, it is not up to the visitor to make the efforts to go towards the chateau and its history: valuable efforts have been made to have the castle open its arms to you so as to make you feel a little like the king in his own house. It is a question of “philosophy”, a set of value many conservators should be inspired by it, it’s not only a question of resources or making money.

The best way to value patrimony is to open its arms and truly respect new comers whatever their origins, education and ages. 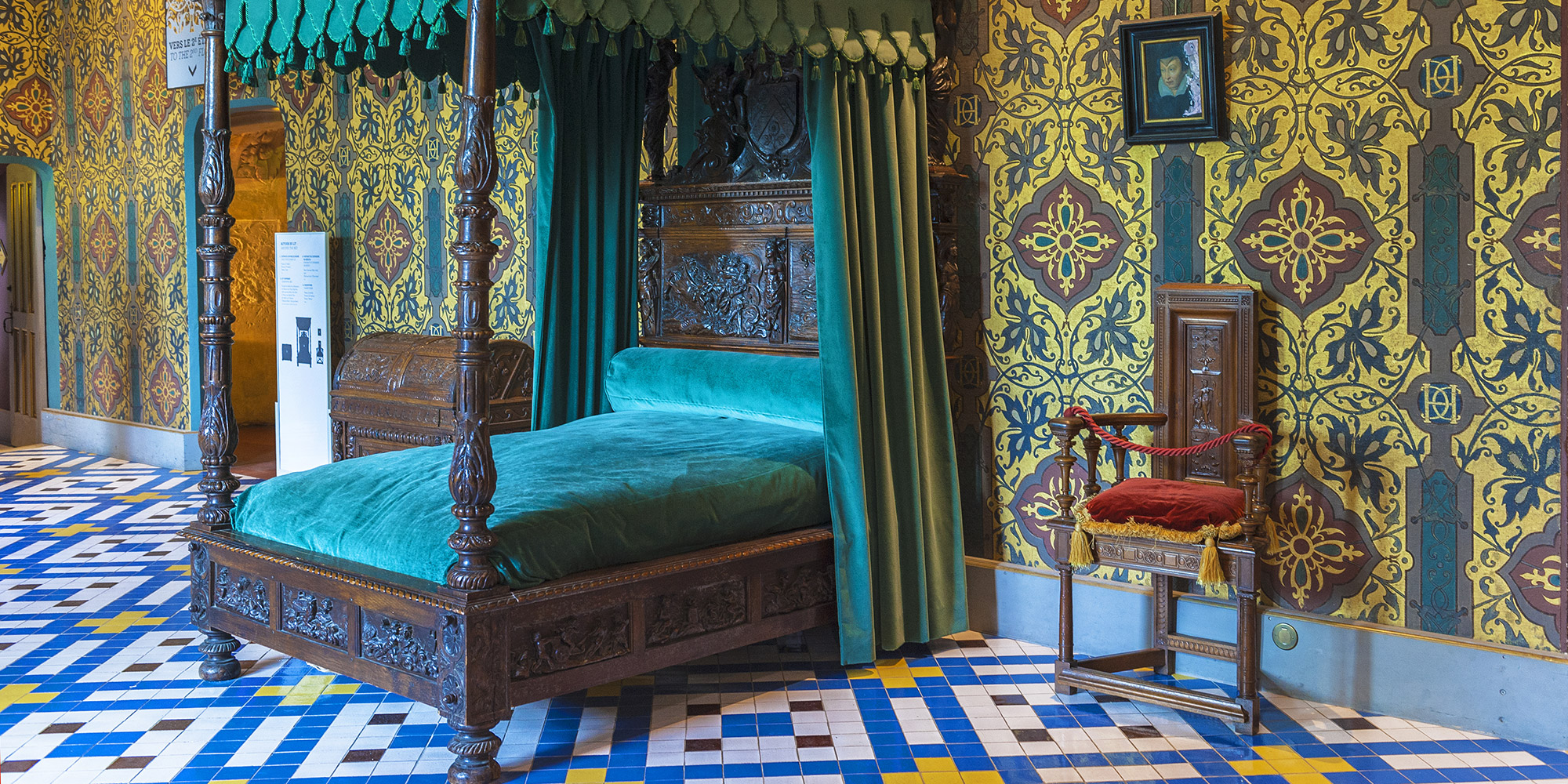 The challenge is a difficult one to address. The more a royal site has been home to a long dynasty of queens and kings, the more any of us will feel the distance that has been put between the holders of the royal power and those they were in charge to command.

It is all the more the case as castles were designed to make “others” feel the balance of power and their own inferiority. Just a question of appropriate politics. For instance, among others objectives, Chambord has been designed on purpose on king’s Francois 1st requests to impress emperor Charles Quint: a clear way to tell him “I am the king and I am a mighty king, beware of me”. Versailles is an other existing example of good politics “I am the king, and you, the nobility, have to obey; out of Versailles, you are nothing”.

Things have become even more complex as time has passed by. For the old times visitor, each part of the decoration of stones, furniture… carried a clear message of balance of power he was fully able to understand. Where we see today a porcupine and its motto “cominus et eminus” engraved in the walls, and nothing more, the visitor of the middle ages knew it was the symbol and the motto chosen by Louis de France to tell friends and foes “who rubs against it, stings against it”. (Notice that King Jack 2nd, at a time king of England and Scotland, made a similar choice for Scotland with a thistle and the motto: ”nemo me impune lacessit”, no one provoques me with impunity).

As an illustration of the distance time has created between us and things / meanings, just imagine the difficulty visitors might have in some millenaires to understand “just do it !”. Symbols and motto like the porcupine with cominus et eminus are the codes of a given civilisation in a given period, and we all experience how time erases the meaning of symbols.

Which accounts for the growing oddity feeling of visitors in old castles, increasing the gap to understanding the atmosphere of historic sites. A distance historians and museums conservators should consider as the biggest issue to deal with.

A challenge that has been addressed in Blois: an effort has been made to have the visitor feel at ease in a royal site designed 6 centuries ago. 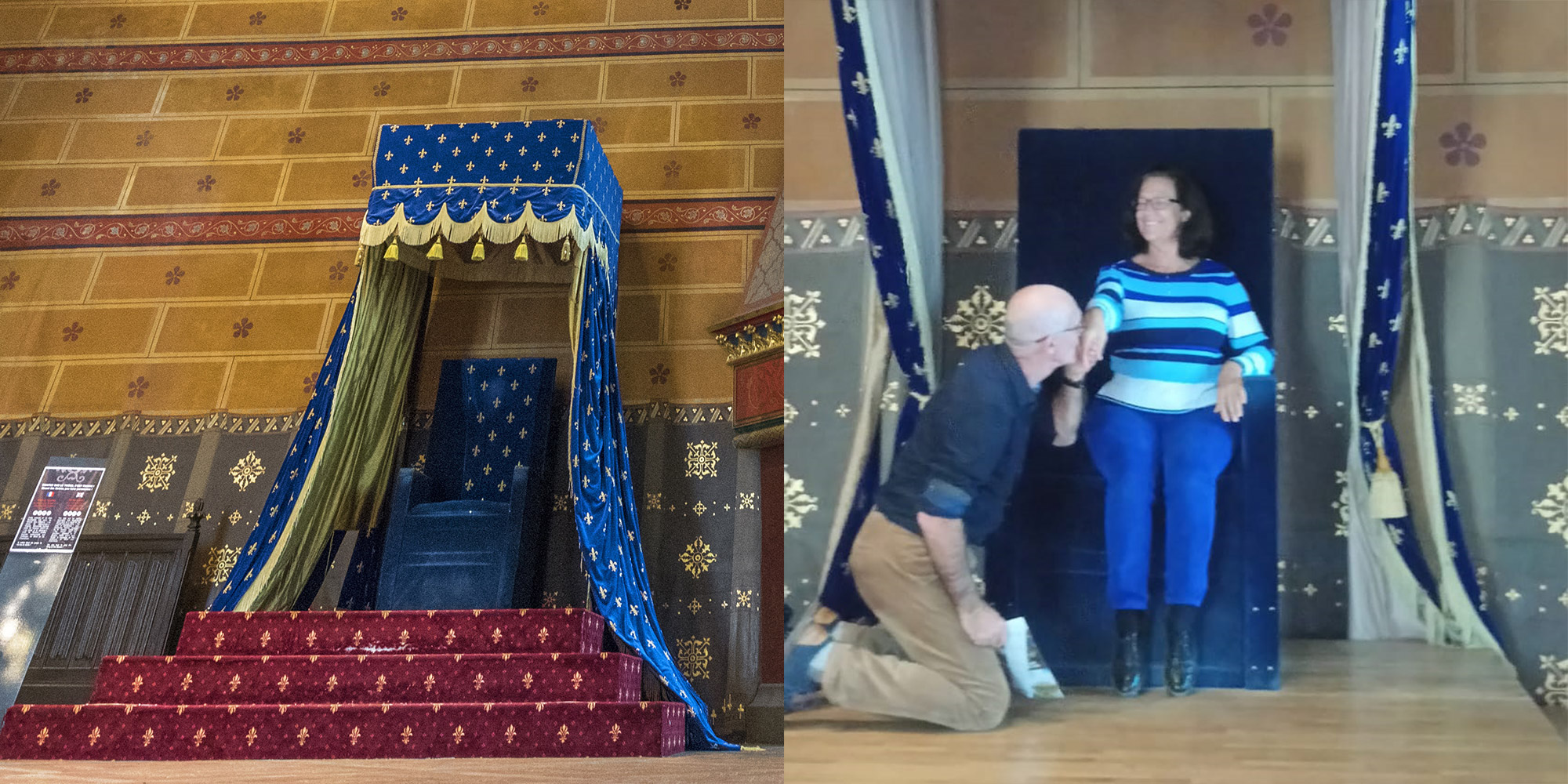 Hospitality and Château of Blois

In the big ceremonial lounge of the castle, the royal throne under its blue sating dais adorned with lilies dominates you. But unlike others museums, you are free to climb the small stairs and sit for a while in the throne, pretending for some moments you are the actual king of the castle. The opportunity to shoot some selfies for your friends or your family, of course…but it is also a rare chance given to anybody to feel for some moments what it was like to be the king and to see the ceremonial lounge from a king perspective. Something no other museums conservators will authorize visitors to do, a lack of understanding and respect of visitors, and also a misunderstanding of true hospitality: stay beyond the limits and play the game we expect you to play, passive visitor.

In the chateau de Blois, this clever “historical” hospitality works ! It is a real pleasure to see up to what extent visitor size the opportunity to be an actor of the royal scenery and plays the game. Even more, he creates his own game, in an fascinating personal appropriation of the role of king or queen. The challenge has been addressed, he is the king Francois 1st or the queen Marie de Medicis, an unique experience not books, films or teachers will be able to present him.

The show goes on, on the sunny terrace which gives you an impressive overview on the narrow streets of the city, the same cool and open mind has set garden armchairs just awaiting you. It is easy to imagine 6 centuries ago king Francois 1st and his friends overlooking like you the city, and why not, sitting just like you are on chairs and chatting on a sunny afternoon. No “prohibited”, no museums guardians to make you unconfortable and feel in a museum, on the contrary a true open spirit inviting you to feel in your own way what François or Marie might have felt centuries ago in this right place.

A true moment of clever hospitality and openness no other museum will present you, a simple, beautiful and successful historical experience, which is in Blois and nowhere else !