Located in Burgundy, on the edge of the vineyards of Sancerre and Pouilly and near the Ducal City of Nevers, Castle Villemenant is one of the most remarkable castles of Nivernais by the harmony of its architecture. Today it is a large refined and warm family home that welcomes you. An excellent base from which to explore the rich wine region of Burgundy, the chateau sleeps 24. The reception rooms can accommodate 50 - 80 people for a celebration. Villemenant is also very conveniently located less than 2 hours from Paris. This makes it perfect for an intimate wedding, family reunion or anniversary. 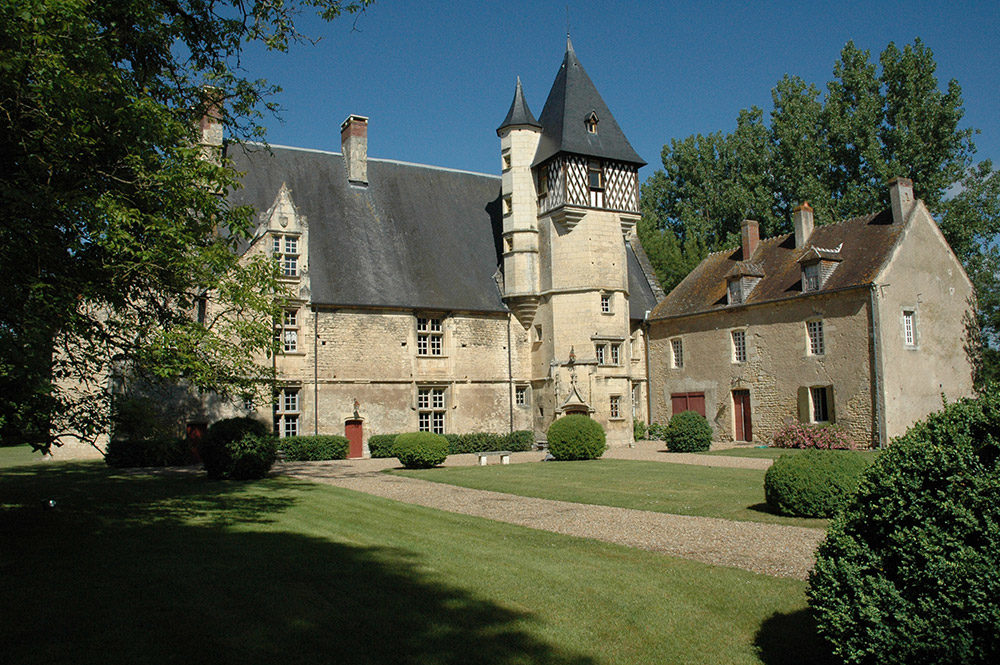 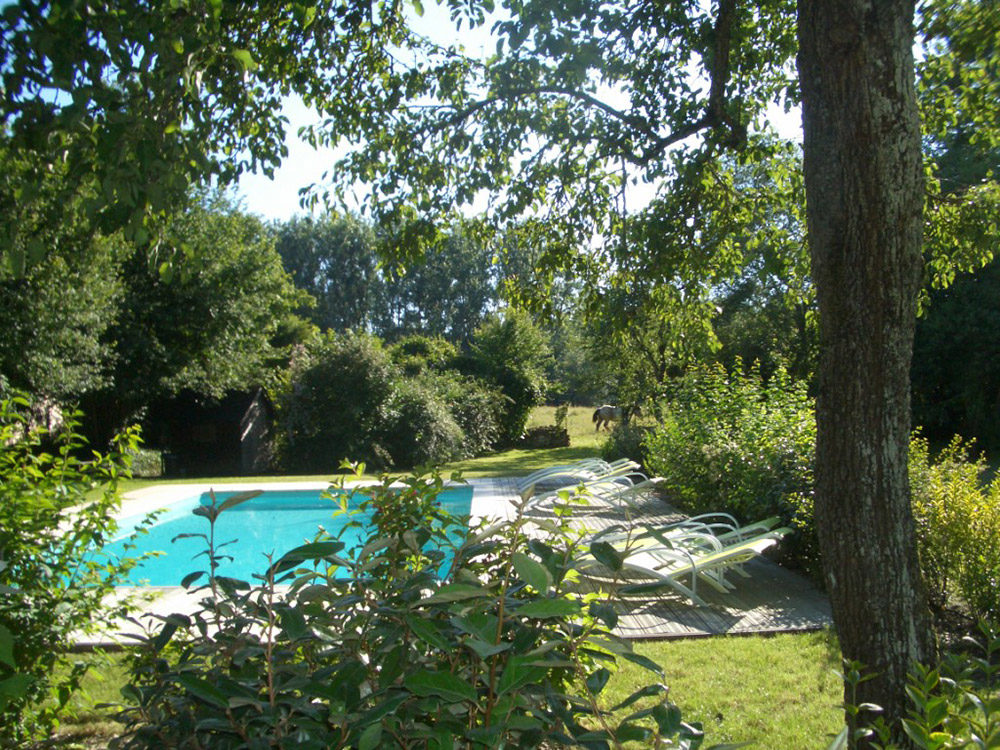 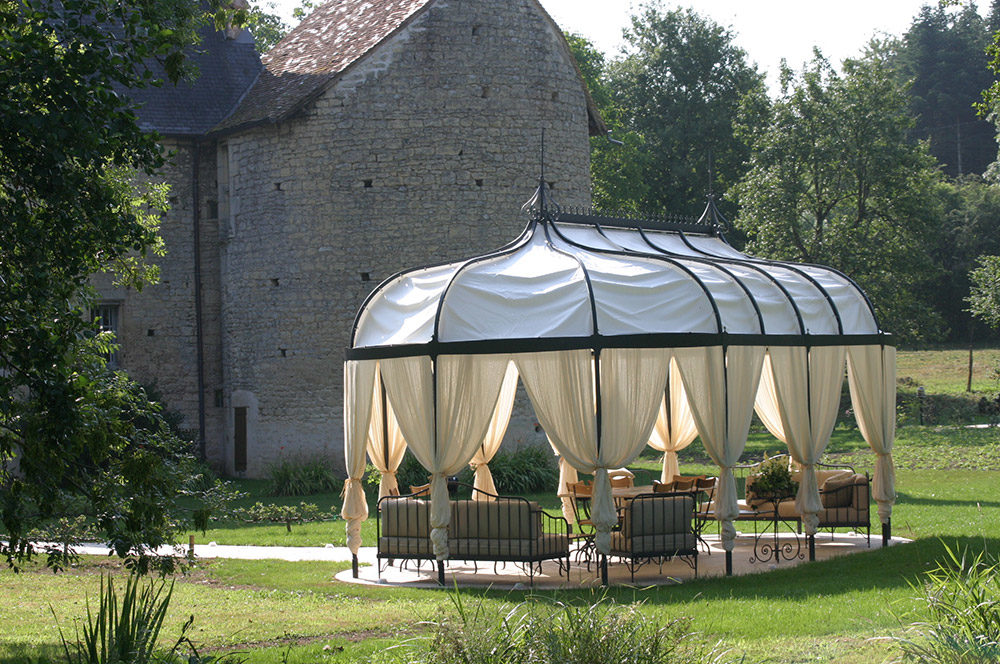 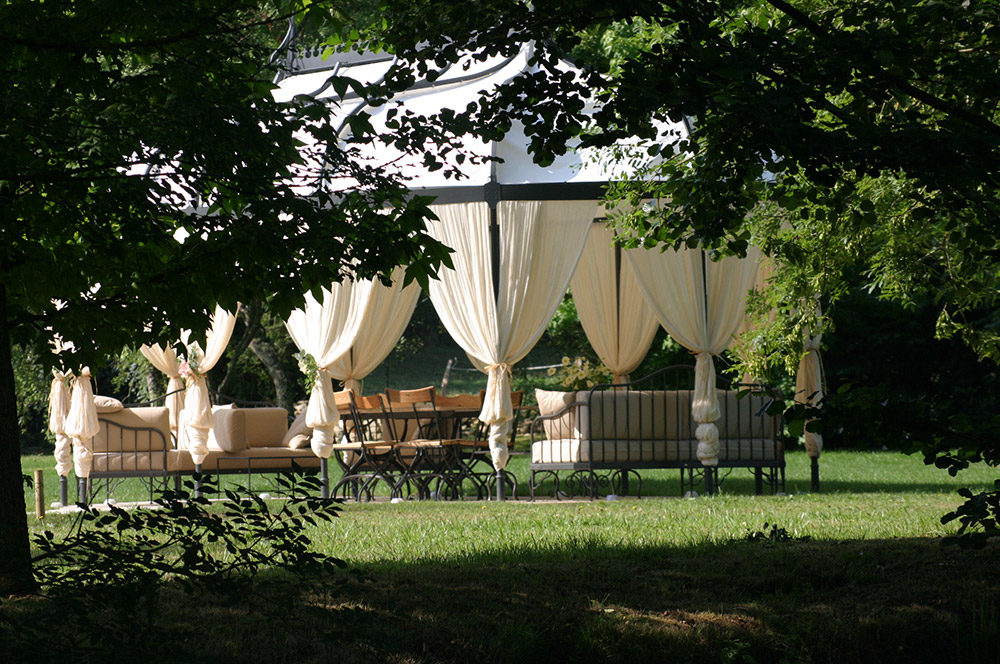 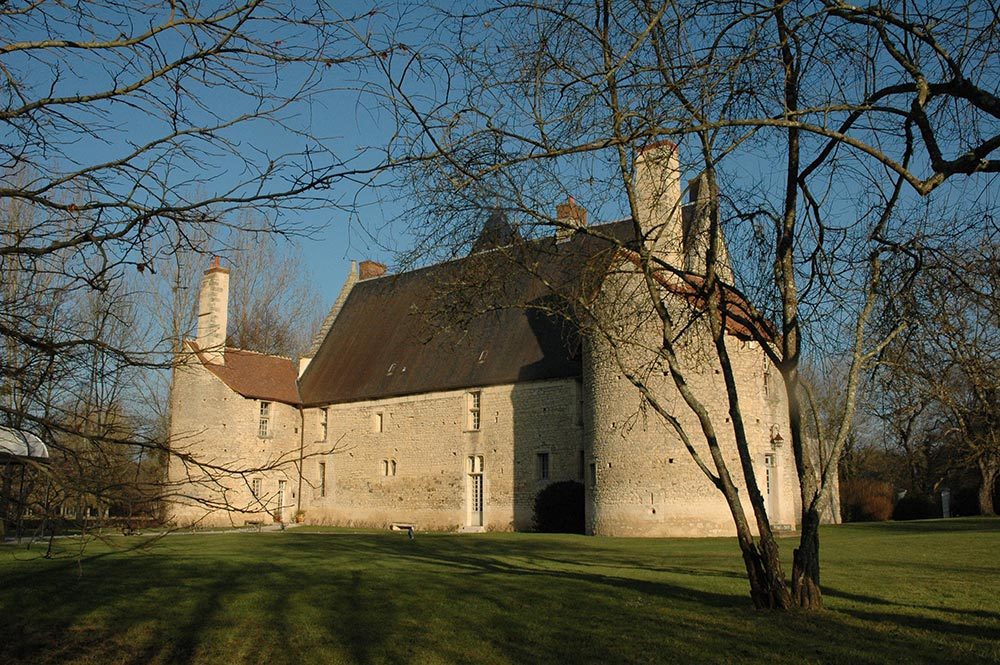 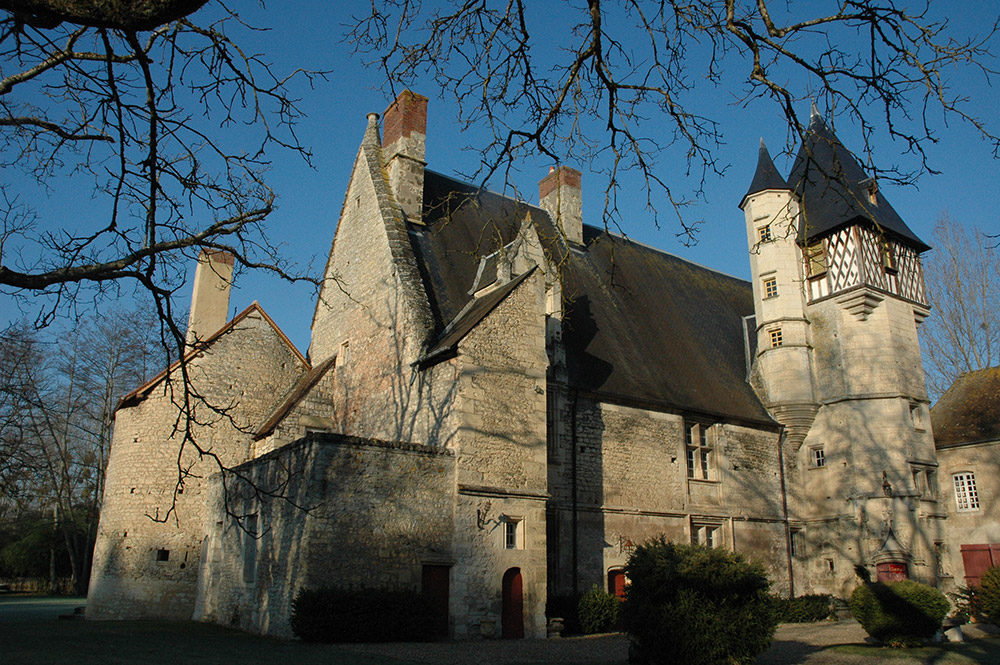 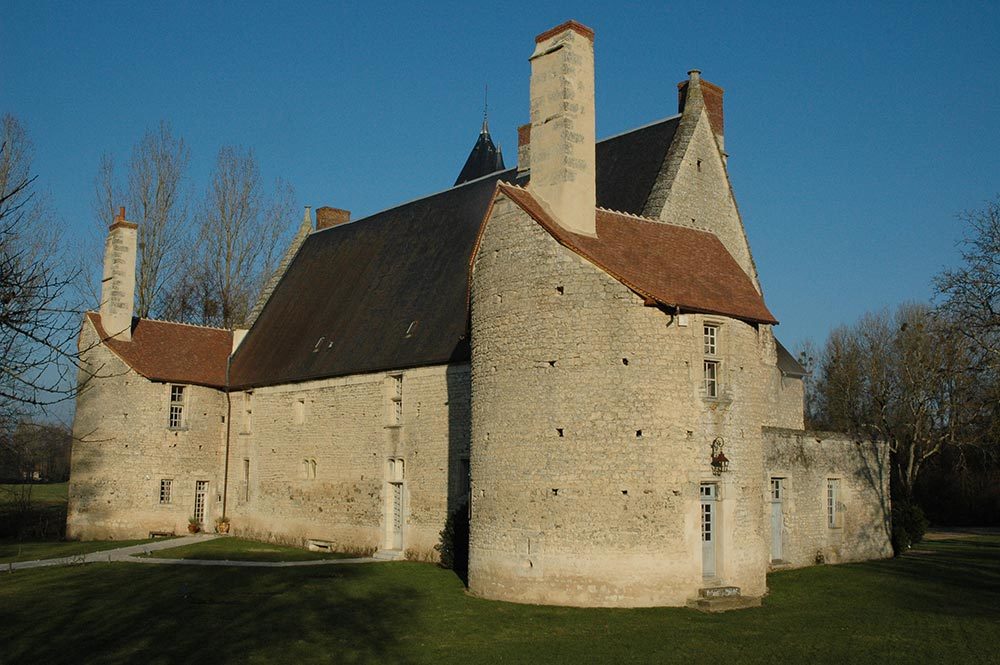 Built in the mid-14th century and restored on the eve of the Renaissance, Villemenant is an architectural gem which combines Middle Ages nobility with refined Renaissance charm.  Three hectares of greenery on the River shore of the River Nièvre, including bamboo groves, a heated swimming pool (5x10m), surrounded with quickset hedge, a gazebo, and a true outdoor salon gives you the opportunity to admire the sun set over River Nièvre making Villemenant a perfect place to spend family holidays, to hold a stylish and welcoming celebration or to spend a relaxing weekend with friends. 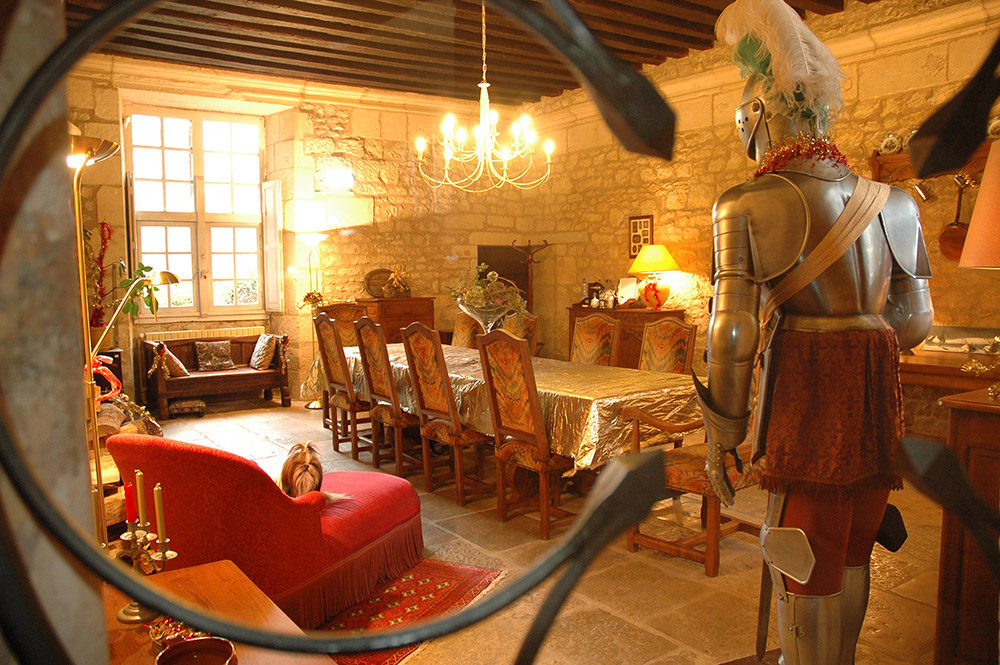 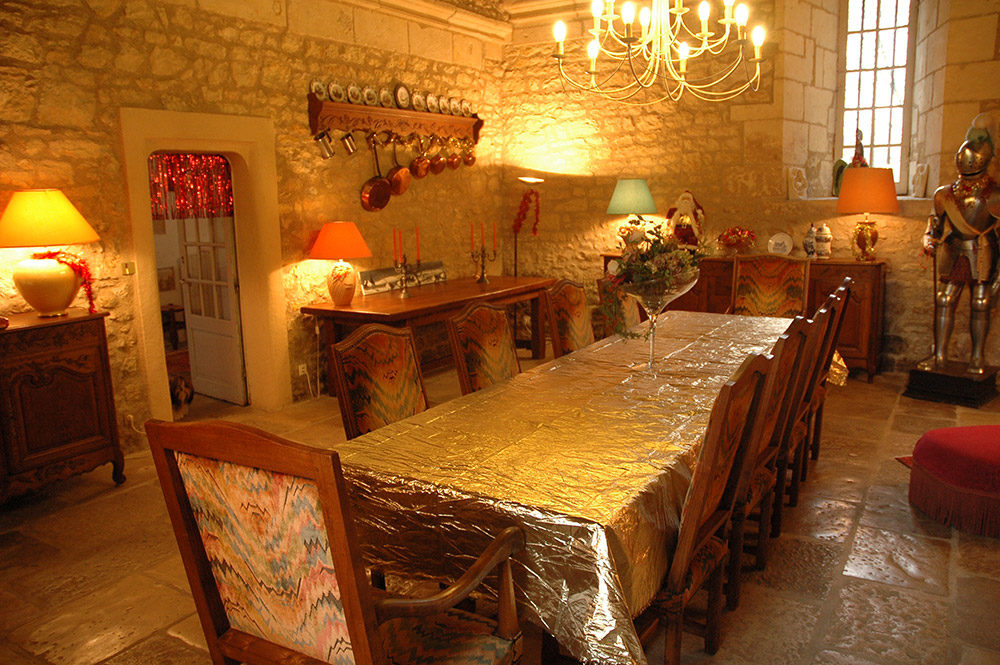 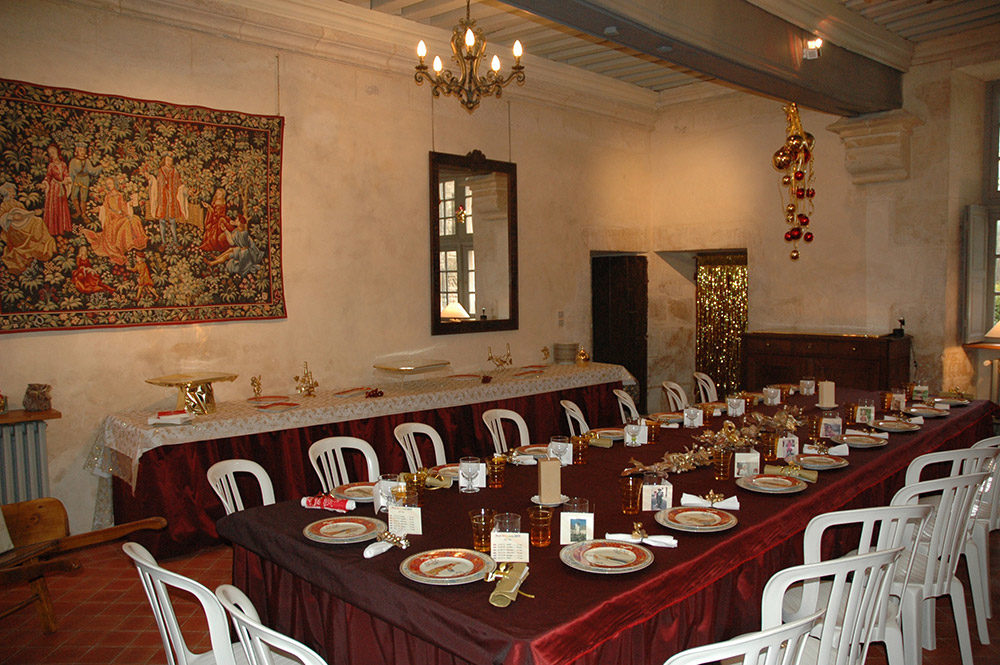 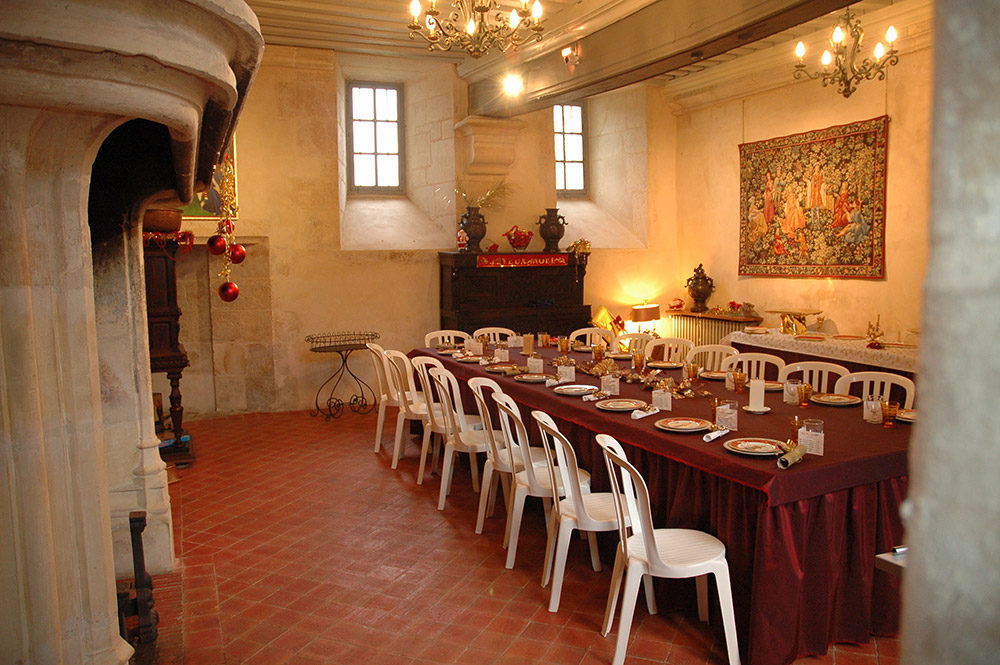 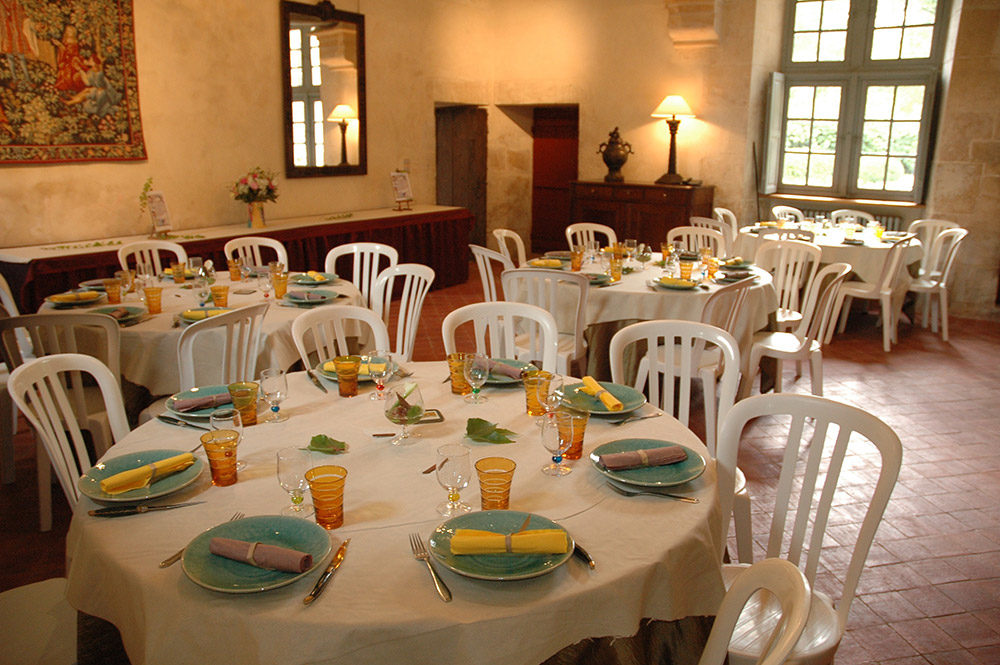 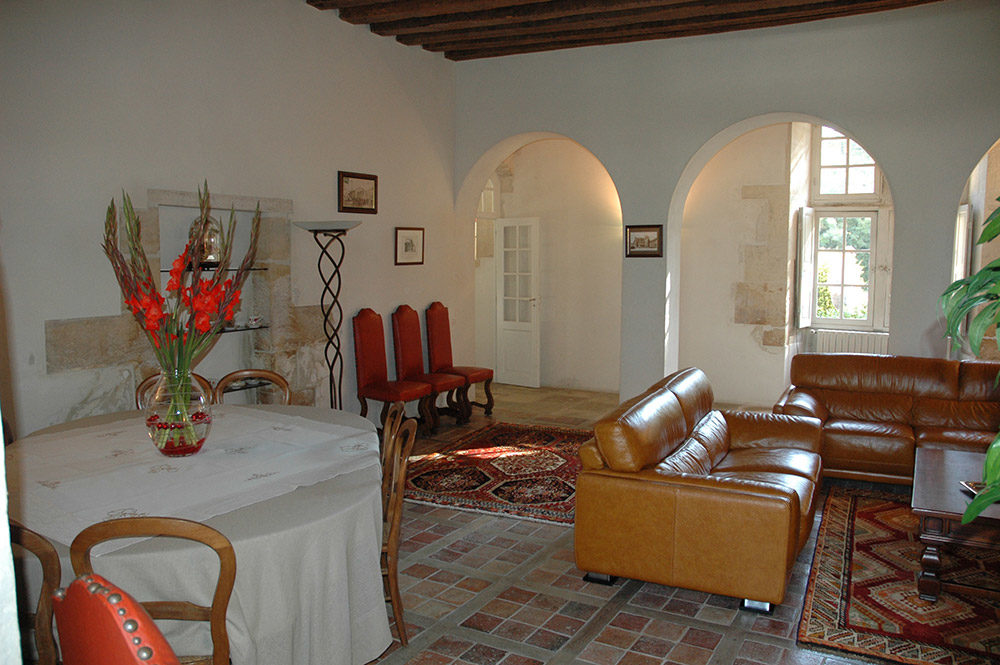 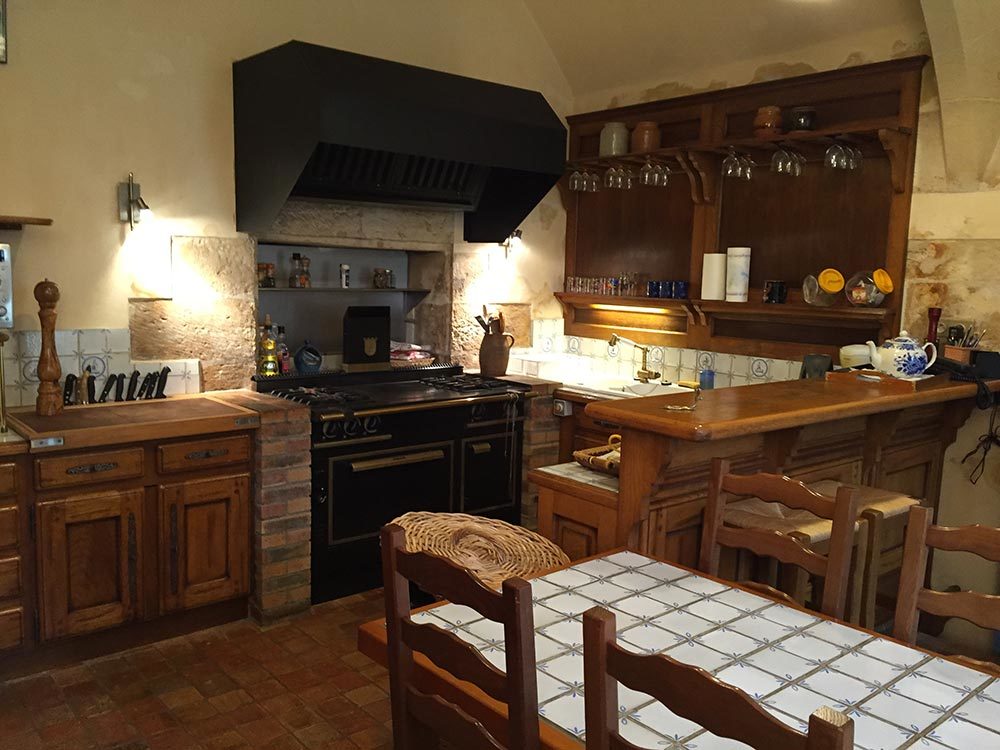 For your receptions and weddings, the castle can accommodate 50 persons and up to 80 persons (subject to the owner’s final approval). Decorated with monumental fireplaces, the reception rooms are magnificent. The 3 receptions rooms measures 50m2, 60m2 and 60m2 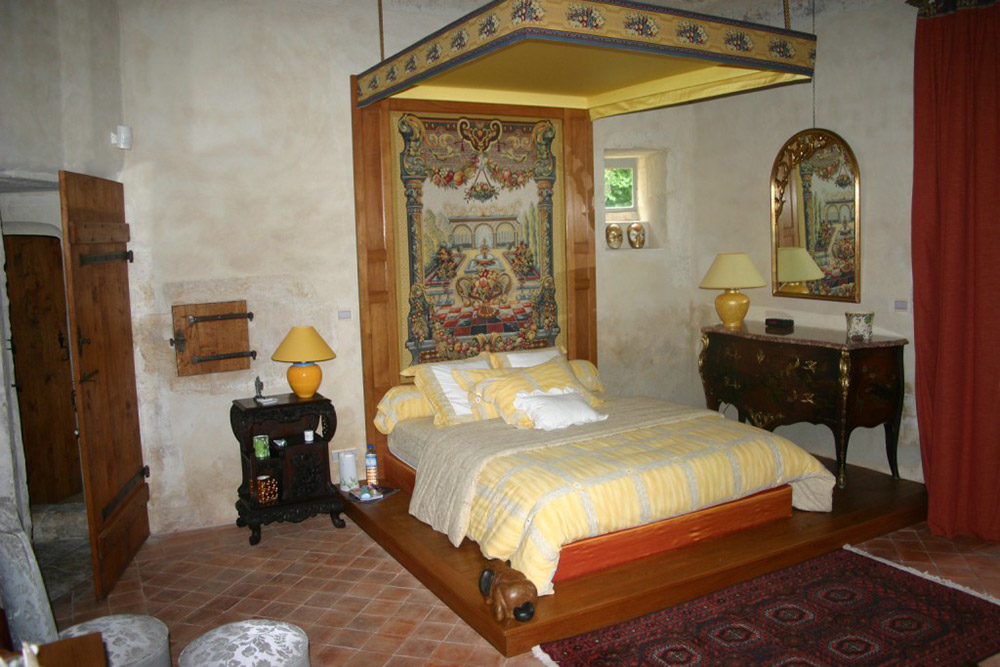 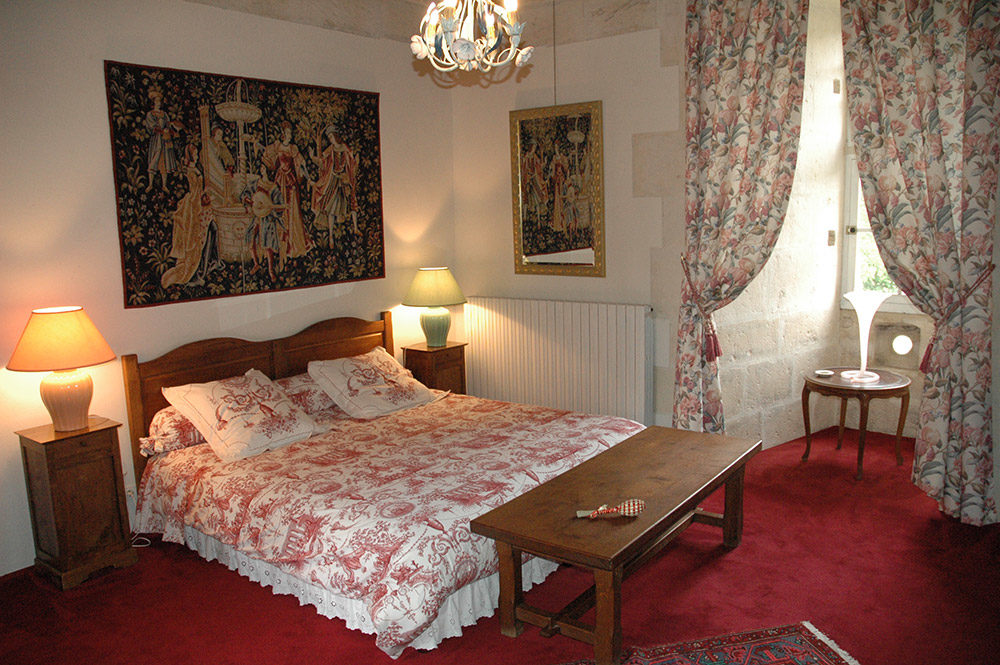 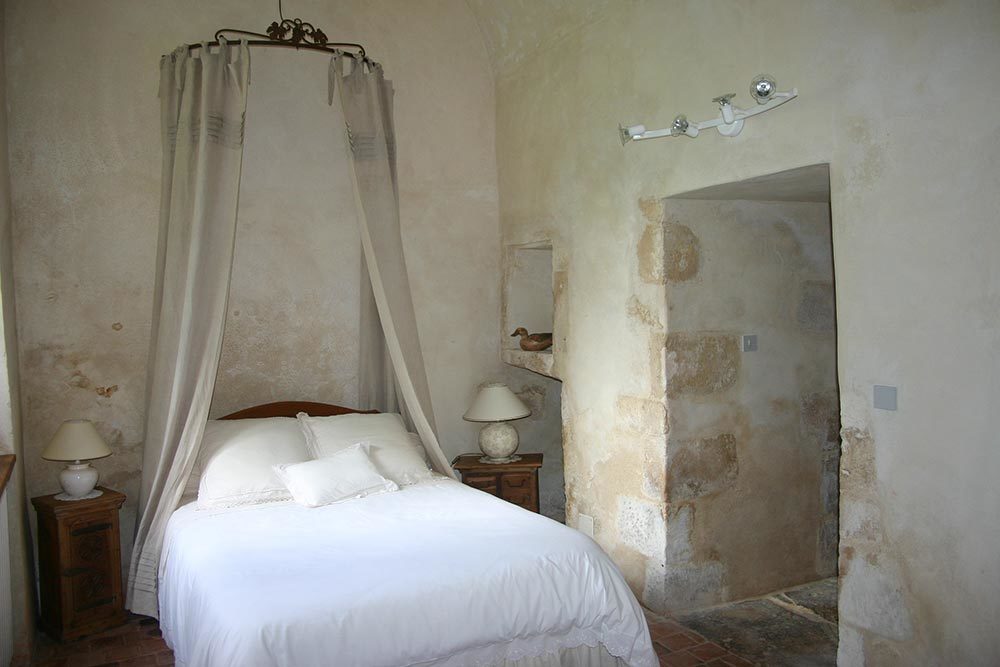 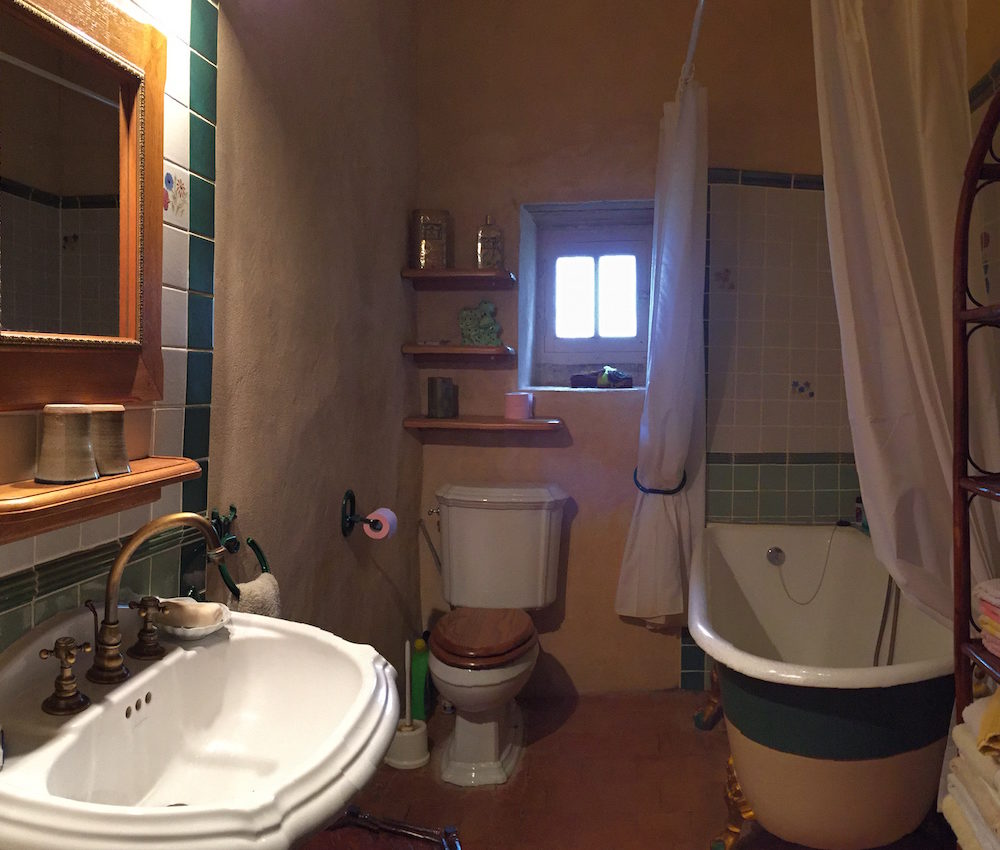 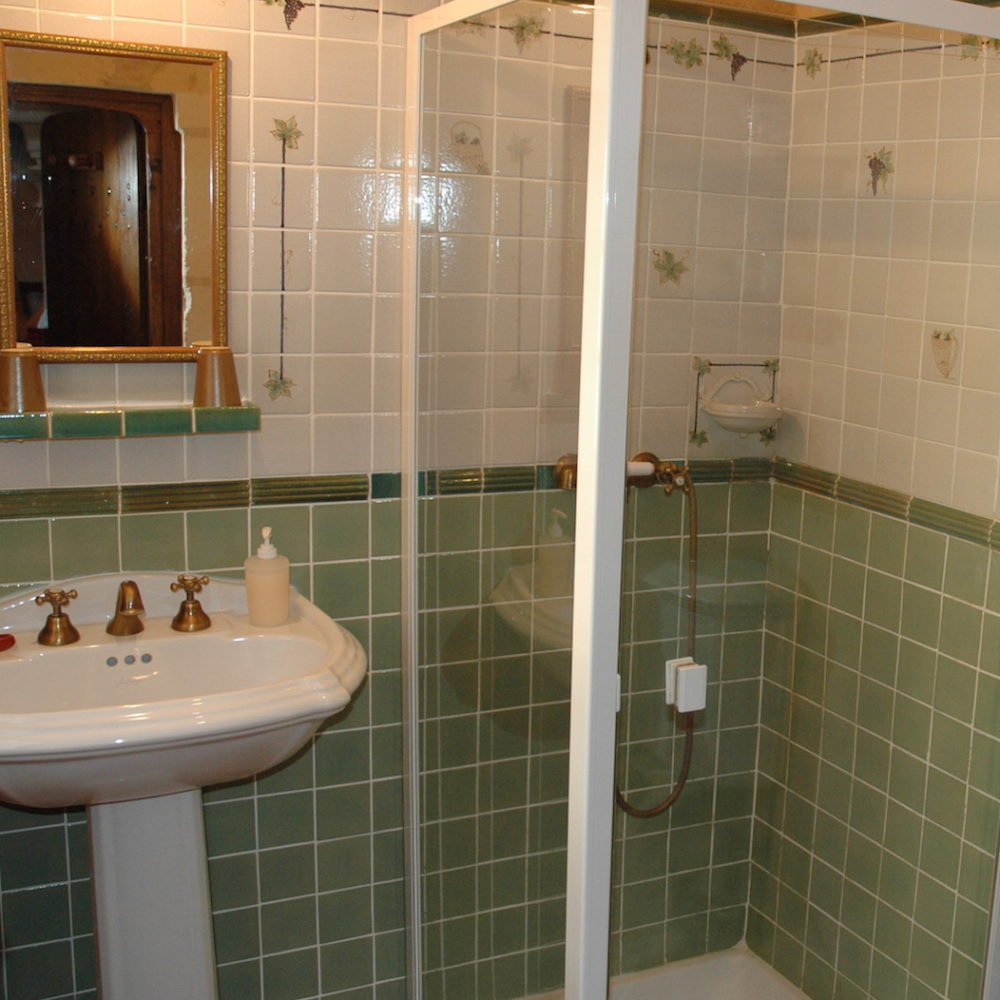 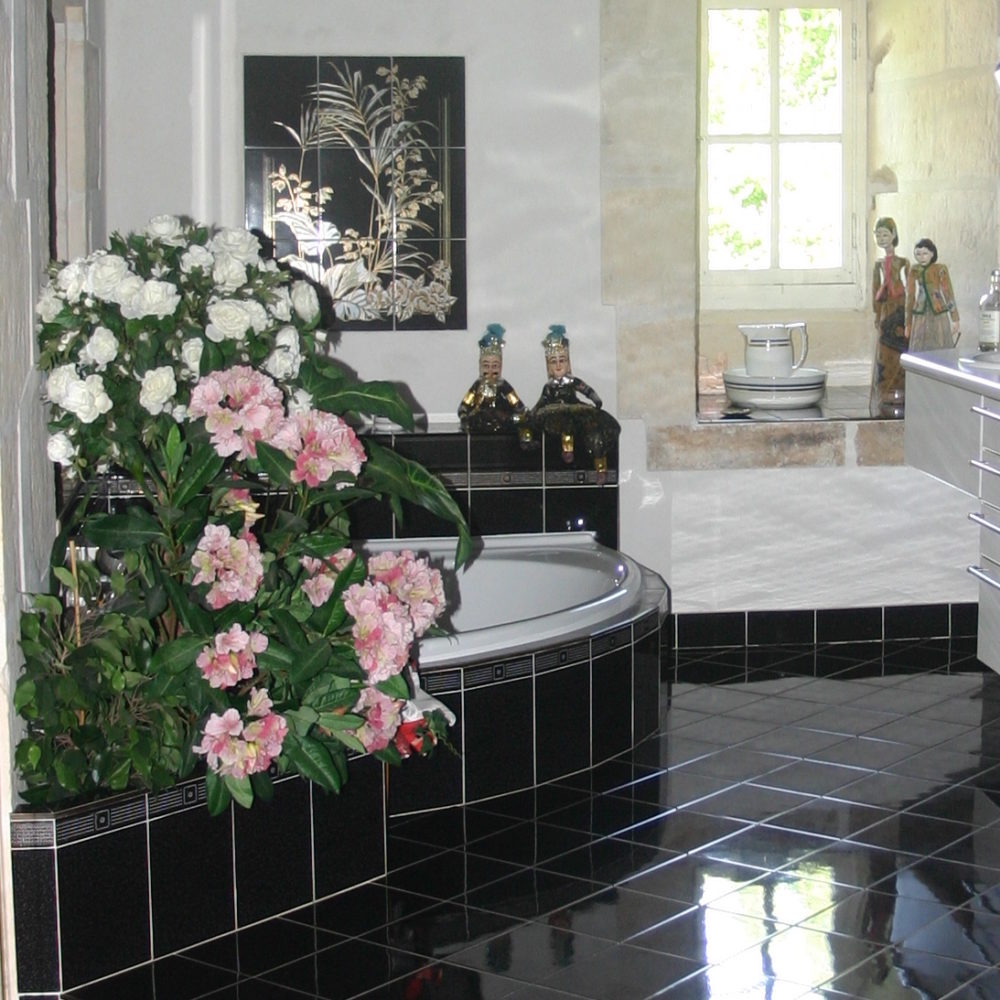 The castle of Villemenant can accommodate 24 persons in 9 bedrooms. The château is composed of around 20 rooms of the XVI century style and Renaissance style out of which 7 bedrooms in the château and 2 bedrooms in the outbuildings totaling 9 bedrooms for 24 persons. Each bedroom of the château is equipped with a bath or shower room and a private toilet. Within the outbuildings erected during the XVIII century on the site of the Ramparts you will find a game room which put at the guest’s disposal: a tennis table, a Baby foot, the chess, society games. The outbuildings have two bedrooms (the bedroom Adrien Bonvalet and the sleeping room of the attic) and a bathroom. A large fully equipped kitchen of 25 square meters.

The property is always rented in its entirety to a single family. You have the park (14 hectares) with a swimming pool and the castle to accommodate 24 persons.
The price of the rental includes the park, the bedrooms and the lounges of the castle. Heating, water, electricity, maintenance of the garden, the pool, and regular cleaning are included in the price. Upon request, breakfast and meals could be provided. Bed linen and towels are provided, but not the pool towels. Beds are made upon arrival. Only the tourist tax remains to be paid upon arrival. THE CASTLE OF VILLEMENANT BEING CLASSIFIED HISTORICAL MONUMENT, A SPECIFIC INSURANCE COVERING YOUR STAY IN A CASTLE MH IS REQUESTED. Either your third-liability insurance company can provide you with this certificate or you will have to take out a specific insurance with specialized brokers that we can advise you. Damage deposit : 4000 euros

Classified as a historic monument since 1930, Villemenant is one of the Nivernais region’s most remarkable châteaux thanks to its coherent architectural style and harmonious proportions. Little is known about its construction, but it is thought that it was constructed in the mid-14th century (1360) by Girard de Carroble, chamberlain of the Duke of Nevers.
It was initially a fortified castle during the Hundred Years War, before becoming a leisure castle at the time of the Renaissance, when it was occupied by the famous Seigneurs de Villemenant. It bore witness to the rise of the steel industry in the 17th and 18th centuries in the cantons of Guérigny and Cosne sur Loire. Owned by the ironmaster Babaud de la Chaussade, who was the main supplier of iron and anchors to the French Navy, it saw the extension of Louis XV’s Royal Navy and was incorporated into Louis XVI’s royal estate in 1781. Since its architecture and interior fittings have remained unchanged since this era, it bears authentic witness to the old regime. 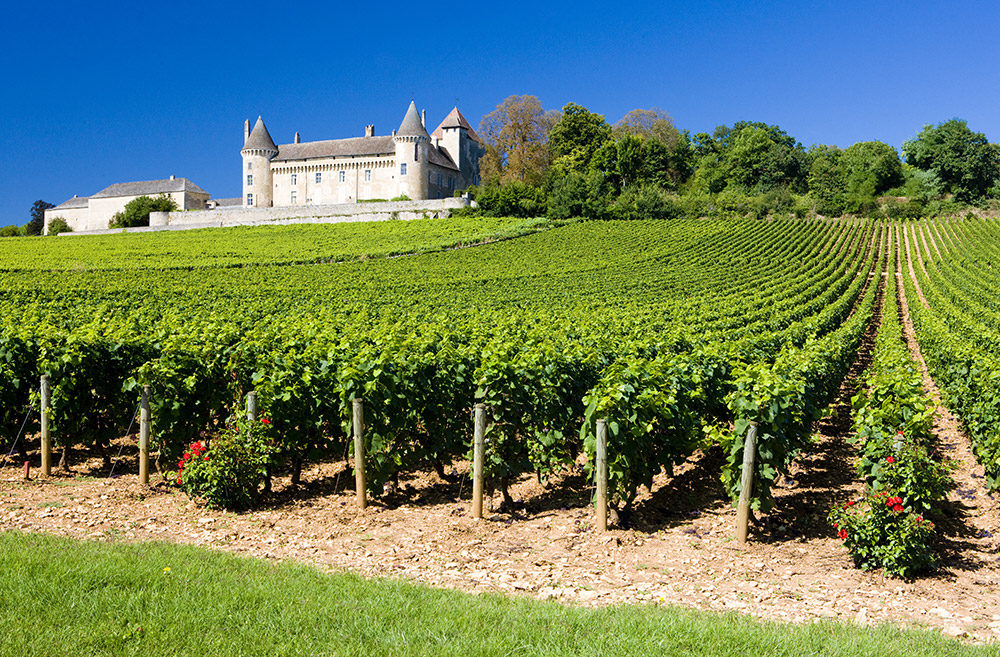 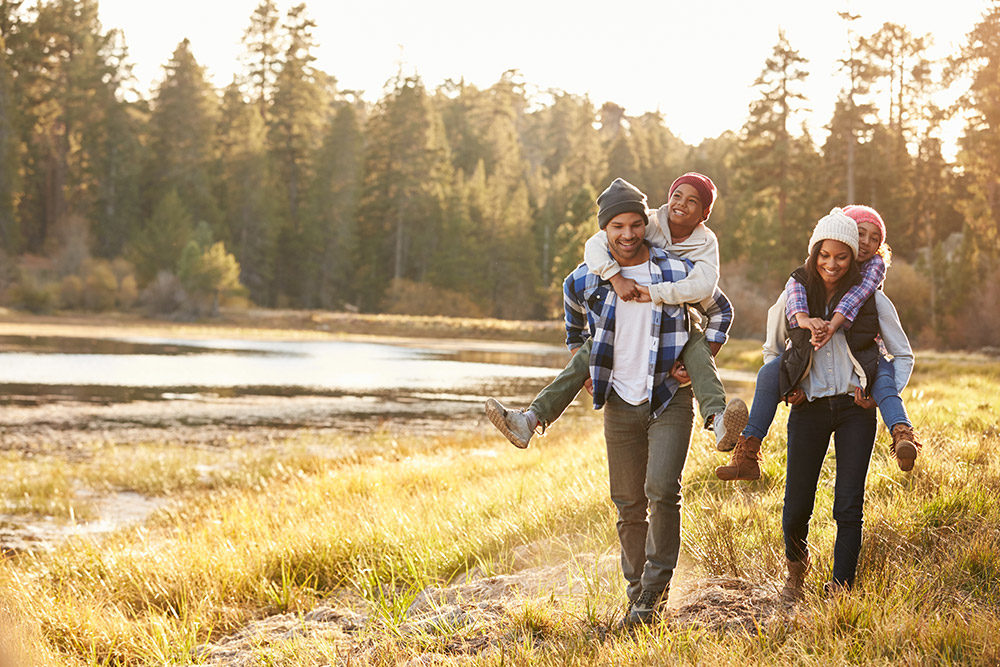 Villemenant is an unforgettable place to stay in the heart of the Burgundy region and it bears witness to the historic 14th and 15th century battles between England and the Kingdom of France. Near the ducal city of Nevers and the monastic city of Clunisienne de la Charité sur Loire, come and visit the Nevers region’s rich countryside while staying in a timeless dream location.
Within an hour of Villemenant, you can reach the historic towns of Vézelay (departure point for the second crusade in the 12th century), Bourges (fiefdom of Jacques Cœur, Finance Minister to Charles VII) and Decize (birthplace of one greatest jurists of the French Renaissance : Guy Coquille).

Ground floor : a series of reception rooms and 2 bedrooms, 2 bathrooms