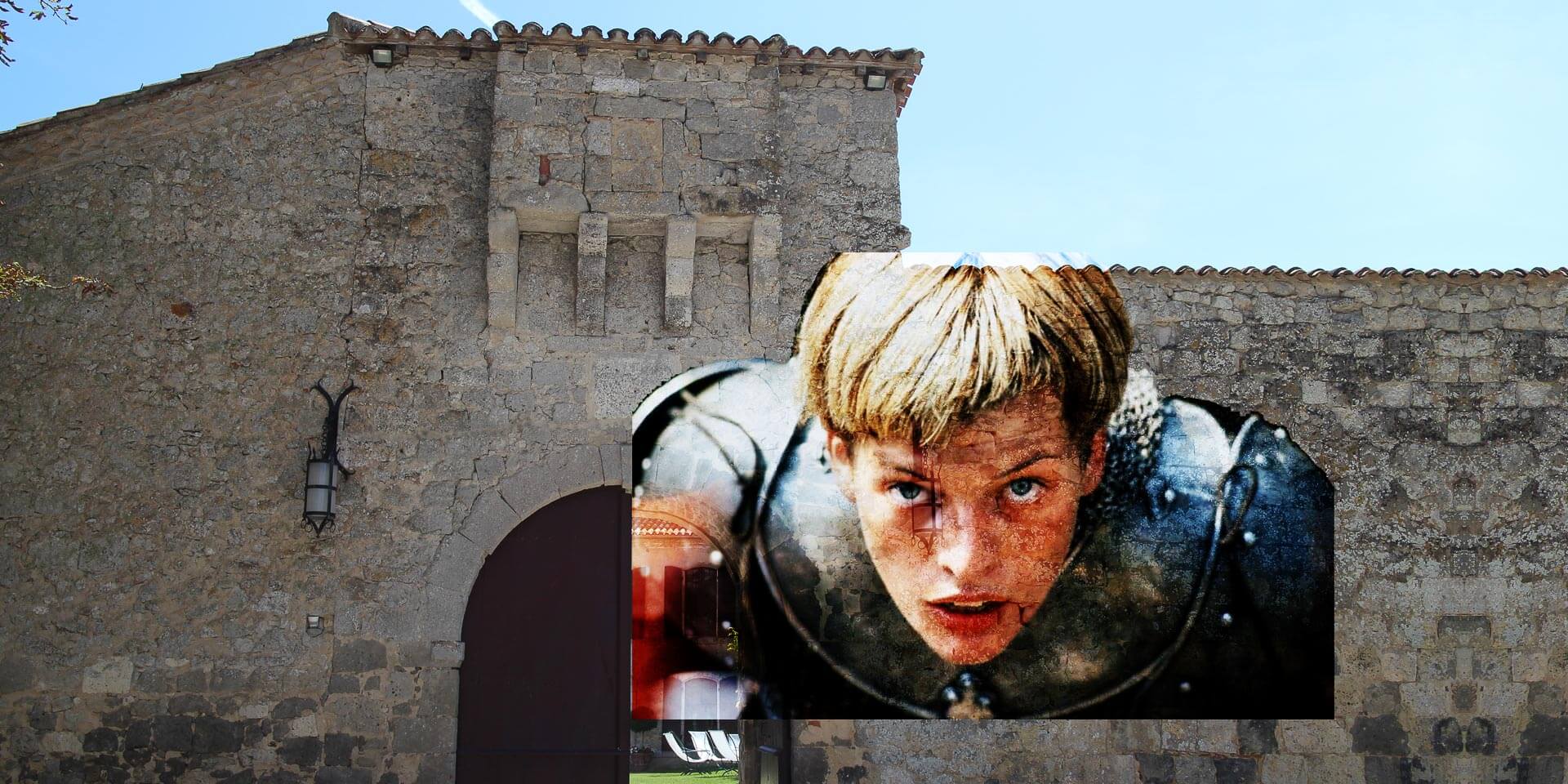 Holidays at Ambrus Castle in the footsteps of Joan of Arc

Ambrus was one of the lordships of Jean Poton de Xaintrailles, companion in arms of Joan of Arc. If the Lords of Xaintrailles have been known since the beginning of the 11th century, Poton de Xantrailles is both the most famous and the last of this race of warriors. To spend a holiday at the Château d’Ambrus is not only to savour the pleasure of a place of rare beauty, but also to relive the history of France six centuries ago.

Born around 1390 or 1400 (?), Xaintrailles (actually a deformation of “Sainte Treille”) stands out for its courage against the English during the Hundred Years’ War. Xaintrailles can only write his name, but he is certainly one of the best warriors of his time, especially with his spear in his hand, and one of the most courageous.

Xaintrailles immediately became attached to Joan of Arc: he took part alongside her in the siege of Orleans, he forced the English to lift the siege of Compiègne and he won with his brother in arms, Etienne de Vignolles, known as la Hire, the battle of Gerberoy where he took the Count of Arundel prisoner. We will also see him on the battlefields of Cravant, Verneuil, Patay (where he will be wounded), Gerberoy…

La Hire (R. Ridings) in the film “Joan of Arc” by Luc Besson.

In her 1999 film Joan of Arc (with Dustin Hoffman, John Malkovitch, Faye Dunaway… ), Luc Besson makes an uncompromising, endearing and no doubt fairly close to the truth portrait of these captains close to Joan (Milla Jovovich): Xaintrailles (Tonio Descanvelle), La Hire (Richard Ridings), Dunois (Tcheky Karyo), Jean d’Alençon (Pascal Gregory) and Gilles de Rais (Vincent Cassel), the latter better known to have entered posterity under the name of Bluebeard: warriors who live from and for combat, risking their lives constantly for money, plunder and the beauty of the gesture. At the signing of the Treaty of Arras (1435) Xaintrailles, La Hire and other captains continued to wage war and pillage for their own account, ravaging the Netherlands and then Lorraine in bands of up to a thousand mercenaries of sinister memory, the “Ecorcheurs”.

In 1454, King Charles VII, crowned in Reims thanks to Joan of Arc (which did not prevent him from letting the English burn her in Rouen), made Xaintrailles a marshal of France and gave him the town of Saint-Macaire (near Langon).
A miniature of 1484 from the French National Library, shows La Hire (Etienne de Vignolles) and his friend Xaintrailles in a jousting position. La Hire appears today on all card games as valet de coeur.
We know little about Joan of Arc, except that she was 1m59 or 1m60 tall, probably with brown hair, always dressed as a man and a boyish cut (ear and neck clear, as fashion wanted at the time for men), and fairly strong legs. She probably never came to Ambrus, she who criss-crossed the battlefields of the regions between the Seine and the Loire, with a passage to Rheims to have King Charles VII crowned at the cathedral, and another trip to Rouen as a prisoner of the English.

But is it forbidden to imagine, without betraying the historical truth, that the friends of Xaintrailles came to Ambrus: la Hire, Gilles de Rais/Barbe Bleue or Dunois…?
La Hire is a “country” of Xaintrailles, probably born in Préchacq les bains (about a hundred kilometres south-west of Ambrus), it is therefore probable that Ambrus and its region saw La Hire and Xaintrailles, the two companions-in-arms of Joan of Arc, pass through. All the more so as La Hire took part in the Gascony campaign in 1440 launched by Charles VII to retake this region from the English. La Hire died not far from Ambrus as a result of his wounds: in Montauban, some twenty leagues east of Ambrus, where he was wintering with Charles VII and his troops, trying to recover from his wounds from the Gascony campaign, which were in fact fatal.
Gilles de Rais, another comrade-in-arms, was also made marshal of France by Charles VII on the day of his coronation in Reims. After a life as flamboyant, dissolute and tragic as possible, Gilles de Rais was tried and executed in October 1440 by the Nantes officiality for “heresy, sodomy and murder of one hundred and forty children or more”. This monstrous paedophile “serial-killer” went down in history as Bluebeard, and in the end, one can only rejoice to think that he probably never came to the region to see his friend the lord of Xaintrailles and Ambrus.
Dunois, count of Dunois and Mortain, is of high lineage: he is the natural son of Louis I of Orléans, which also earned him the nickname “Bastard of Orléans”. Having become Lieutenant General in 1444, Dunois expelled the English from Normandy with the victory at Formigny and the siege of Caen. In 1450, Dunois will be in the region, where he will conquer with Xaintrailles the “English” Guyenne, which ends with the submission of the English in Bordeaux after the death of the old English chief Talbot at Castilllon-la-Bataille on July 17th 1453.
After 300 years of presence in France, Dunois, Xaintrailles and their companions will definitively drive the English out of the Médoc, their last French possession. When it comes to wines, the English have always had good taste, so it is understandable that they were determined to preserve this strategic region for their palate at all costs.
When you have an aperitif with your friends in Ambrus, it is not forbidden to imagine that in the same place, 600 years before you, Xaintrailles and Dunois evoked a glass of Bordeaux in their hands, the memory of their friend Jeanne the virgin “that the English burned in Rouen” as Villon sings in his magnificent poem “but where are the snows of yesteryear? ». It is now 6 centuries since the lord of Xaintrailles and Ambrus liberated France and Guyenne from “l’Englisherie” as it was then called. There is a prescription, our English friends, descendants or not of Talbot, will today be welcomed in Ambrus as if they were at home…

Discover during your holidays Ambrus, the castle of Xaintrailles, companion in arms of Joan of Arc!
Discover the chateau